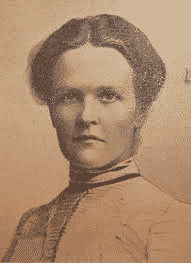 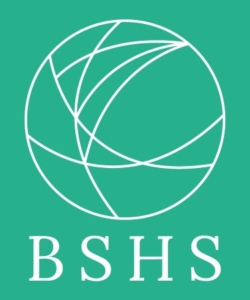 Agnes Metcalfe was a persuasive and accomplished writer. In her obituary published in 1923 in “The Vote” her work as a chronicler of suffrage is described thus: “It was with a gifted pen that she rendered her greatest service”. It seemed that her second book Women’s Effort “told the story of the great struggle so ably as to gain the support and sympathy of many erstwhile opponents”.

One purely artistic endeavour was in the writing of a delightful little dog story, “The Memoirs of a Mongrel”, the hero of which was at one time a well-known canine character about town – and Greenwich Police Court!

This is the whole story of Agnes Metcalfe. I begin with the dedication she wrote on the front of her first book on Suffrage: – 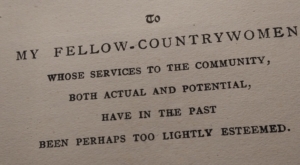 This first section moves into an arrangement of The March of the Women by Ethel Smyth whose connections to Agnes are explored through the song. The final section is based on her book for children about a dog named Kim – “Memoirs of a Mongrel” by Himself, and the supposition that this dog may well have been at the centre of her protest in court. She refused to pay her dog licence – NO TAXATION WITHOUT REPRESENTATION –  and so eloquently defended herself  that the judge let her off with a modest fine (others received jail sentences)

The full text is available here

Agnes had a least two sisters (one called Dorothy), and as she came from a professional family of solicitors, it seems likely they were well educated either at home or at a local school in Wisbech. 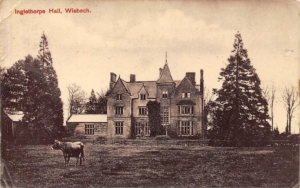 Later, she attended Cheltenham Ladies College, where she gained an external BSc in science from the University of London

Headmistress of the new County School at Sydenham. She travelled all over the country as His Majesty’s Inspector of Education. Her paper on French education for girls was published by the Board of Education

An examiner for London University as a B.Sc. graduate.

Ardent campaigner, chronicler and member of the Tax Resistance League

She tried but failed to be accepted at the Bar because she was a woman, but she defended herself (and was congratulated on her eloquence by the judge) when she was fined for refusing to pay taxes without representation.

It seems her home was used as a safe house for fugitives:

Miss Metcalfe’s residence, 2, Hill Rise, Forest Hill, was at times used by those brave people who were at one time known as “Mice” and on a certain occasion one of them had a very narrow escape, for while the “Cats” (the servants of law and order) were but a few paces away and hunting, the “mouse” was almost carried out of the house, wearing the well-known hat of another well-known suffragette.

Metcalfe recalled this incident on her death bed:

She was a stalwart member of the Tax Resistance League, which protested that women who could not vote should not be liable for tax. In 1913, she was fined for refusing to pay a dog-license fee, and a valuable brooch was taken from her in payment. Because she knew that it would be sold for a fraction of its real value she told some working women to attend the sale and benefit by buying it cheaply. 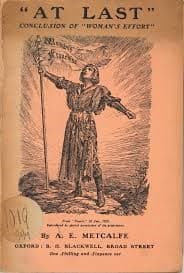 Esteemed by many women as a reforming campaigner, she also inspired younger women and exerted a long-lasting influence through her educational innovations and her suffrage activities.

She wrote three books on the political rights of women.