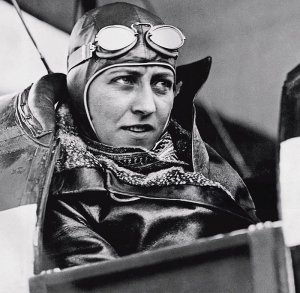 Johnson in her Black Hawk Moth leaving Australia for Newcastle, 14 June 1930 (Image from The Age newspaper on Wikimedia Commons)

In 2016, the 75th anniversary of the death of Amy Johnson was celebrated by an ambitious two month Festival of the Arts & Engineering. The Amy Johnson Arts Trust has now been set up as a charity which continues to champion Amy and ensure that future generations of young people know about her remarkable story. Amy herself has no recorded connection with the arts.

In this song, we follow Amy as she makes her journey from England to Australia. We learn about all of the exciting places Amy was able to visit, and the things those places are famous for (eg. Austria for Coffee and Turkey for a bath!).

In this song we are building a plane for Amy to ensure she will be able to make the long flight to Australia.

Both of these songs were commissioned as part of Let’s do engineering, a large scale research project led by Helen Bridle, an Associate Professor at Heriot-Watt University. The project is funded by the Engineering and Physical Sciences Research Council under the Engagement Champions Awards. Let’s do engineering is co-creating resources with engineers and artists to showcase the diversity of engineering careers to 3-7 year olds and families.

School in Hull; a BA in Economics at Sheffield University 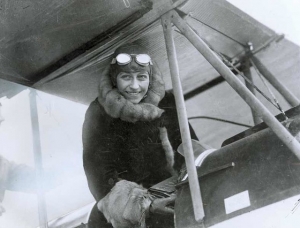 Secretary
After graduating, she earned money as a solicitor’s secretary

Air pilot
Her major career was in aviation; she gained a world-wide reputation for her daring, record-breaking flights

Fashion
For a few years before the War, she modelled and designed clothes

She became world famous in 1930 for being the first woman to fly solo from England to Australia. Subsequently, she broke several other aviation records. She is still celebrated as a great female pioneer in aviation.

She was the youngest President of the Women’s Engineering Society. 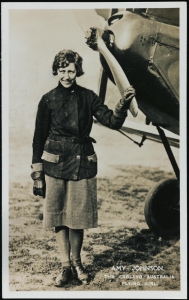 Image from the Science Museum

She mysteriously drowned after parachuting down into the icy-cold Thames when her plane crashed. Although she may have run out of fuel or navigated badly, a British soldier has claimed that he shot her down thinking it was an enemy aircraft after she twice signalled the wrong code word.

When she set off for Australia, the Daily Mail reported she had ‘a cupboard full of frocks’.

After running low on fuel, she and her husband deliberately crash-landed their plane in Connecticut, but were given a ticker tape parade through New York.

She is still internationally renowned for her courage, initiative and determination in pursuing a new and dangerous career that was dominated by men. To satisfy her passion for flying, she was willing to study hard, take risks and ignore criticism.