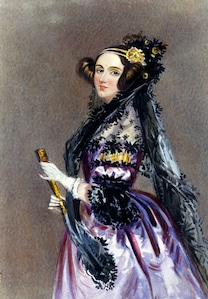 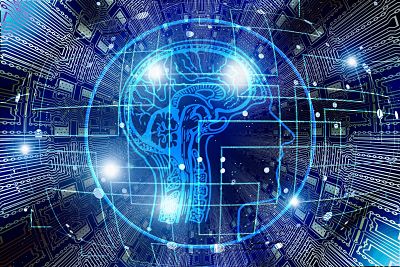 Click on the picture to play this podcast which was made to celebrate Lovelace’s 205th birthday during Advent 2020, supported by the British Society for the History of Science.  A fascinating discussion of her place in history by Dr Patricia Fara, Science historian and Emeritus Fellow of Clare College Cambridge in contrast to the work of  Laura Trevail – a contextual artist and technologist working in Essex today. For more Minerva Scientifica podcasts click here.

Her father was Lord Byron, and her daughter also became a poet. She was always very elegantly and flamboyantly dressed, and I imagine that, like other girls of the time, she was taught to play a musical instrument, to sing and to dance.

Something More than Mortal sets extracts of the letters of Ada Lovelace. It was written for Frances M Lynch  for the Edinburgh Festival Fringe 2016 as part of an award-winning show, “Superwomen of Science”

The piece is based on the rhythms and sounds of different computing machines through the ages and is in 6 sections: 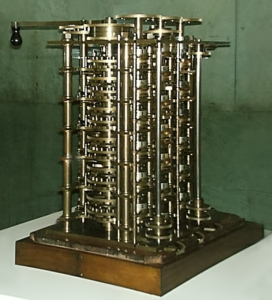 Her domineering mother arranged for her to be Intensively taught at home by private mathematics tutors, because she wanted to prevent her from turning into a dissolute poet like her father. She was apparently fascinated by machines from an early age, but she only became passionate about maths after meeting Charles Babbage when she was 17. He was then working on his Difference Engine, an early calculating machine for generating mathematical tables quickly and accurately. 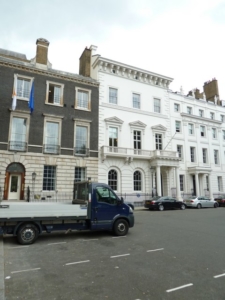 Wife and mother
She worked at home

Her wealth and aristocratic background were important – she lived with her wealthy husband, Hon. William King, at 12 St James’ Square, London, SW1Y 4RB after they married in 1835. A plaque was erected here in 1992 by English Heritage.

Her most important contribution was translating a paper by General L F Menabrea (future Prime Minister of Italy) about Babbage’s Analytical engine. She added extensive notes outlining the possibility of writing a computer program, so that a machine could direct its own calculations independently of human intervention. She also discussed the limitations of machines.

Babbage never completed a working Analytical Engine, and her significance lies in her prophecies about the principles of computing and artificial intelligence. She was an extremely interesting and intelligent woman, well known in London scientific circles, but she has been artificially elevated to the status of a scientific heroine. She exemplifies a woman of huge potential rather than achievement. She died very young, in excruciating pain. 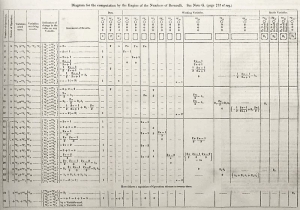 She was an inveterate gambler on horse races: she won but also lost large sums of money

Her major influence has been on posterity, although she was also important at the time for communicating Babbage’s ideas. As a talented mathematician, Lovelace represents what women might have achieved in the past if they had been given more opportunities. Her success in the face of adversity inspires modern women to enter the field of computer science, which is currently dominated by men.