Mycologist (a specialist in the study of fungi) 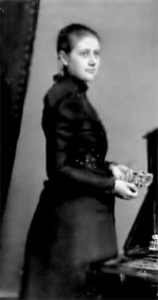 Catherine Booth (Science Historian and retired Science Curator, National Library of Scotland) discusses the life and work of Beatrix Potter with mycologist Professor Lynne Boddy from the Fungal Ecology Group, Cardiff University. Their conversation is interwoven with music by Frances M Lynch (below). You will find fascinating insights into Potter’s work and the amazing underground world of fungi.

Beatrix Potter is very famous as a children’s author and artist, having written and illustrated 22 books with stories of the imaginary world of animals such as Peter Rabbit. She also produced hundreds of drawings and watercolours of fungi, lichens and fossils, now held in various collections including the Victoria and Albert Museum in London, the Armitt Museum in the Lake District, and, in Scotland, in the Perth Museum and Art Gallery.

The competition winners film is below

The music maps the outward progress of hyphae as they move outwards and away from the centre weaving words and phrases to create the mycelium:-

With out
With in
fungi
You wood
Would
knot
exist

The recording was made at 4 different live performances in Scotland and England. It is a fun, sing-a-long song exploring Potter’s relationship with Charles McIntosh, who was her family’s postman in Dunkeld when they were on holiday there. He was an expert in fungi – he had time to study them on his rounds! – and later on Beatrix would ask him to send her specimens in the post and she would send him back some of her watercolours in return.

Beatrix Potter asked the postman pick some fungi send them to me
Pack them in a proper parcel put them in the post-box. 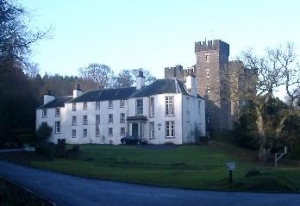 Being a sickly child, Beatrix Potter was educated at home by governesses. Her family encouraged her to take formal art classes, and she gained a certificate from the National Art Training School near her London home, but she preferred to draw from nature. She had no formal higher education, but became a self-taught naturalist as she explored the countryside, especially during holidays such as in Perthshire and the Lake District. Charles McIntosh of Dunkeld, an amateur but very knowledgeable naturalist, encouraged her fascination with fungi, answering queries she sent him from London, and posting her further specimens.

Artist
She was a talented artist and water-colourist from an early age, producing hundreds of drawings and watercolours. Her first interests in fungi were inspired by her desire to draw them. 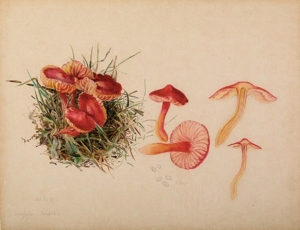 Mycology, the study of fungi, became a passion for Beatrix. She examined specimens under a microscope, made meticulous drawings of what she observed, and sought help if she could not identify them herself.

Fossil-collector
Visits to a friend in Gloucestershire introduced her to fossil-collecting, which excited her so much that she began to draw and paint them, curious to find out what they were. 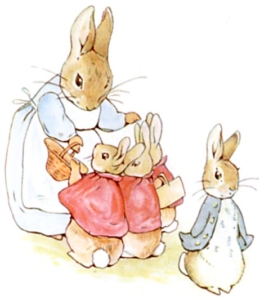 Her tales of animals began with an illustrated letter she sent to a sick child. The child’s mother encouraged her to publish the story, and she expanded it with that purpose.  Initially unable to find a publisher, she self-published The Tale of Peter Rabbit in 1901, making only 250 copies. Finally she found a publisher in Frederick Warne & Co., and her first book, followed by the others, was a huge success, as they have continued to be today.

Farmer
Following the success of her books, and always being a keen conservationist, she purchased the farm, Hill Top in the Lake District, and spent as much time there as possible, acquiring stock and farming the land. 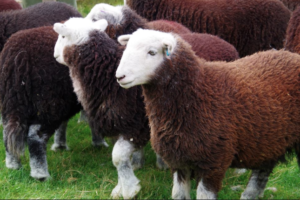 Beatrix Potter is believed to have found names for her animal characters in Brompton Cemetery near her London home.  Graves there have names such as Peter Rabbett, Jeremiah Fisher, Mr McGregor and Mr Nutkins.

She often painted what she could see from her garden or windows, and if you visit her farmhouse at Hill Top, you can see some of the exact views which she has replicated in her children’s books

Although she has no publications to prove her discoveries, her contribution to research into fungi is recognised by scientists today.

Her fungal drawings and paintings are often reproduced, so are able to reach a wider audience.

Many of her illustrations in her children’s books, although not intended to be scientific, are true to nature, and much enjoyed by children and adults alike.  These books have reached international audiences.

She used the countryside as an open laboratory, which anyone of any age can still do today.