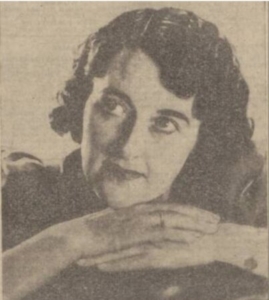 “Thinking I Hear Thee Call” by Cheryl Frances-Hoad is inspired by the life of Florence Attridge, an Essex woman who, whilst working at the Marconi factory in Chelmsford during WWII, helped to make secret radio sets for spys. In this piece for soprano, speaker and electronics, we hear Florence recount her experiences, whilst, in another, secret location, in another time, a spy goes through the radio’s (complicated!) set up instructions one last time before going on their first reconnaissance mission. The electronic element takes sounds that are associated with Florence’s life and the history of Marconi, including morse code and “Absent”, the first song to be broadcast from the factory. The text for Florence’s part was written by Frances M Lynch based on research by Patricia Fara, and the speakers text comes from the official manual for the The British Type 3 Mark II Spy Radio.

Florence Attridge spent her whole career with Marconi, winning a British Empire Medal after the Second World War for her classified contributions to developing radio spy sets. This film celebrates her life and those of the thousands of women who contributed to the war efforts of the 20th century.

Unknown, but it was then compulsory to attend school until the age of 12.

After the First World War, she worked for many years at Marconi, but probably left in 1950 when she married for the first time. 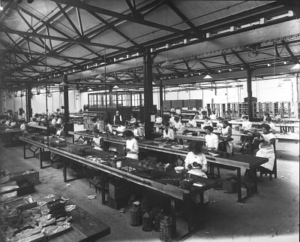 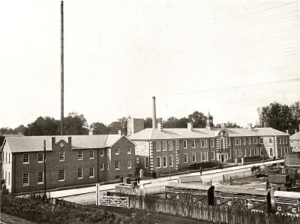 Technicians are crucial for scientific research. She was in charge of the coil-winding department, so was a highly skilled manual worker involved in developing radio communication technology

Paradoxically, because her wartime work was secret, it’s impossible to know exactly what she contributed, but she played an important role in developing spy sets and decoding equipment for the Special Operations Executive. 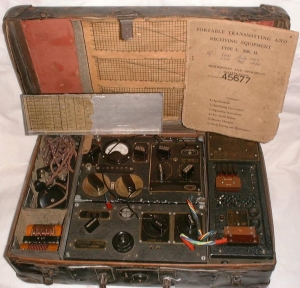 She excelled at the meticulous intricate work that made radio communication possible. Women who work behind the scenes are often overlooked, but their role is crucial. Appointed a manager, she must also have shown high administrative skills. 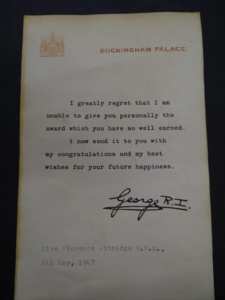