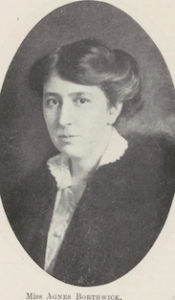 Credit: Reproduced by, and with permission of, the National Library of Scotland from: Official history of the Scottish Filling Factory … Georgetown (1919)

Agnes Borthwick had an arts degree, but there is no record of any artistic interests she may have possessed.  While she worked at the factory, there were opportunities for her to participate in many different cultural activities, and she may have done so.

In this solo voice piece, AGNES BORTHWICK reflects on her time as works manager at the vast munitions factory at Georgetown in Renfrewshire during the First World War where she was in charge of more than 7,000 workers who were mainly women.
After the war, the site was flattened, despite Georgetown workers campaigning vociferously for it to be retained as a permanent garden city. They were ignored by the male politicians and post-war planners. Ironically, Churchill, who visited the factory, was once heard to say;

“A vast new army of hundreds of thousands of women workers shared with our soldiers some of the risks and burdens of the struggle, afterwards they will share some of the glory and honour of the coming victory”

Our Garden City was written for BBC Singer Margaret Cameron in collaboration with Catherine Booth – Science Curator, National Library of Scotland (retired) – both of whom appear on this recording.
The verses were originally performed interspersed with the other pieces below to create a whole scene telling the story of Agnes and the Georgetown Munitions Factory. This text can be viewed on the Soundcloud link above.

Our standout memory at the Beacon Arts Centre show was the kids, absolutely amazing – their wee songs were amazing!! So impressed! Sandra McLaughlin & Cathy Bethel from Clydeside Singers

This is a live recording, made at a school assembly just before the Beacon performance.
It was inspired by poems and stories published in the works magazine of the Georgetown Munitions Factory where AGNES BORTHWICK was manager. These magazines give some lively insight into life there.

Like the previous song – this one is a live recording. It was inspired in the same way and like the previous song was created by the composers choosing scraps of text and pictures from the magazines of the Georgetown Munitions Factory. The children really got to grips with life in this factory, and it’s clear from their songs that they were excited to bring the words and stories of these women engineers to life.

The music begins with a 4 part prelude from Rossetti’s poem “Remember” and the relentless ostinato that follows is overlaid with words by women working in engineering during world war one and a speech made by the King alongside a list of women’s names from South West Scotland who we were able to find in the records, including the women at Georgetown Munitions Factory.

“I am using my life’s energy to destroy human souls.  I’m doing what I can to bring this to an end.

But once the War is over, I will never do the same again.” Anonymous in a munitions factory magazine

Honours MA degree from Glasgow University in 1912. Was awarded research scholarship, and spent 2 years in the USA, at Bryn Mawr College, then the University of Columbia, New York, and Radcliffe College, Cambridge, Mass. She returned to the UK around the time of the outbreak of war.

In 1915, Agnes volunteered following an appeal from the Ministry of Munitions for women workers. She undertook training at Woolwich, for which she obtained a first class certificate. 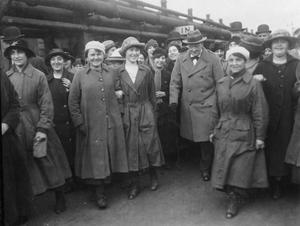 The Minister of Munitions Winston Churchill is escorted through the yard of Georgetown’s filling works near Glasgow by female workers during a visit on 9 October 1918. Copyright: © IWM. Original Source: http://www.iwm.org.uk/collections/item/object/205022561

Working in the Munitions Factory at Georgetown near Paisley, with supervisory responsibilities. She was sent to the factory shortly after it was established, so her first jobs would have involved preparing the new factory buildings – scrubbing and cleaning, and unloading shell casings. The women worked in shifts of 8 and three-quarter hours, and either commuted from neighbouring towns, or lived in hostels on site.

In July 1916, she was appointed Works Manager, at the top of the management structure, reporting only to the General Manager of the factory, and in charge of the shell and cartridge filling industrial plants.  By the end of the war, the Factory employed over

14,000 workers, mainly women, and Agnes was in charge of at least half of them.  Their work involved transporting and preparing empty casings, filling, packing and transporting 18-pound shells and cartridges of all sizes 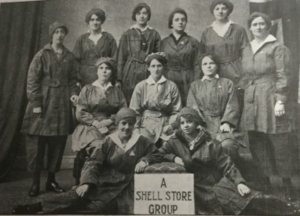 Factory workers at Georgetown. Some are clearly wearing their triangular ‘On War Service’ badge. (Reproduced with permission of NLS from: Official history of the Scottish Filling Factory … Georgetown (1919)) 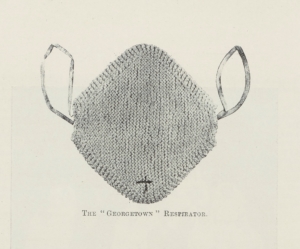 The knitted facemasks (respirators) worn by the women in the factory. The cross let them know which side was to be worn next to the face. (Reproduced by, and with permission of, the National Library of Scotland from: Official history of the Scottish Filling Factory … Georgetown (1919)) 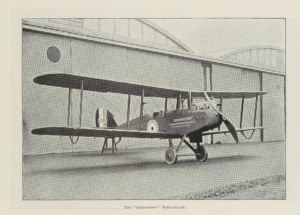 The ‘Georgetown’ battleplane (Reproduced by, and with permission of, the National Library of Scotland from: Official history of the Scottish Filling Factory … Georgetown (1919))

Quote from: McLaren, Barbara. Women of the war. London; New York : Hodder and Stoughton, 1917: “No woman’s work has more directly furthered the prosecution of the war than that of Miss Agnes Borthwick, who within one year has risen to the unique position – for a woman – of works manager in a great Munitions Factory.”

It was rare in her day for any woman to be appointed to the top level of management in industry, and it seems that Agnes Borthwick became the most senior female munitions factory manager in the whole of the UK.

After the war, Agnes Borthwick married a mining engineer, Symington Macdonald, and brought up a family. There is no record of her continuing with a professional career.

Echoes from Inverclyde
Women of the War, Book, 1917
Map of Site in 2013
Agnes Borthwick’s post-war report and excerpts from the Georgetown Gazette
Scroll to top