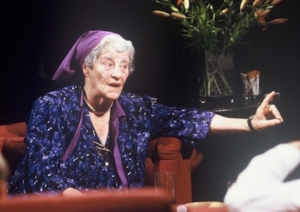 Entry by Peter Smithers, Fellow of the Royal Entomological Society

She was extremely interested in the arts and felt that science had become too sterile. Her book Butterfly Cooing Like a Dove is a wonderfully whimsical collection of writings that explore the way that the natural world has been imagined in art and literature.

Miriam is as a small scale operatic work for two performers.  Book ended by the formal gardens of childhood through to the wildflower and grass gardener of her latter years, the piece seeks to weave together her passionate and uniquely faceted life as scientist, campaigner and seeker of poetic truth into an impressionistic whole.

The libretto explores Miriam Rothschild’s life and just some of her achievements with words drawn from a range of her writing, including Animals and Man, Walter Rothschild (the Man, Museum and Menagerie), Butterfly Cooing like a Dove, The Rothschild Gardens, Fleas, Flukes and Cuckoos, Colour Atlas of Insect Tissue via the Flea as well as quotes drawn from Baroness Hannah Rothschild.

The music is divided into a number of interconnected sections:

INTRODUCTION (spoken)  – to the physiology of the flea
FLEAS 1 –  flea genesis and her father’s love
GARDEN 1 – the beautifully manicured Rothschild garden of eccentricity
FLEAS 2 – examining the tissue under a microscope
BUTTERFLIES – Uncle Walter, collections and classification
GARDEN 2 – her father’s death
FLEAS 3 – blood feeders
JUDENGASSE/ INHERITANCE – butterflies don’t live in the ghettos
ANIMALS AND MAN – a plea for compassion
FLEAS 4 – the jump
GARDEN 3 – a walk in the park….
GARDEN 4 – wildflower meadows

No formal education, she was educated at home as her family felt that formal schooling was unsuitable for young ladies. As a teenager she attended evening classes in zoology at Chelsea college of science and technology.

Entomologist
She worked as an independent biologist enlisting the best researchers from the UK and Europe to assist her. She was a world authority on the biology of fleas working on the mechanism of the fleas jump and the how rabbit fleas used hormones in their host’s blood to synchronise their breeding cycles.

Conservationist
She pioneered the restoration of wildflower meadows, helped in the initiation of the UKs National Parks. She has served on the National Trusts Committee for Conservation, the Society for the Promotion of Nature Reserves and the Royal Society for Nature Conservation. 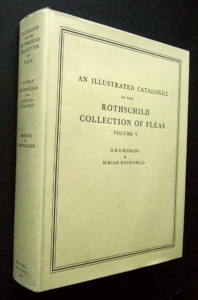 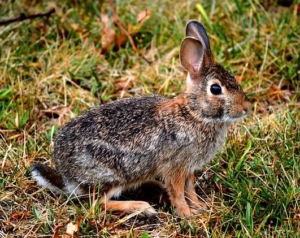 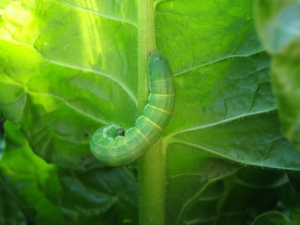 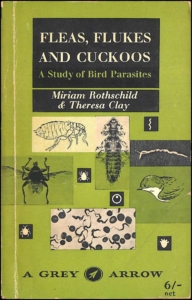 She grew up surrounded by eccentricity, eg. Uncle Walter, who: – 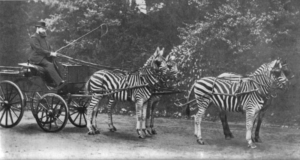 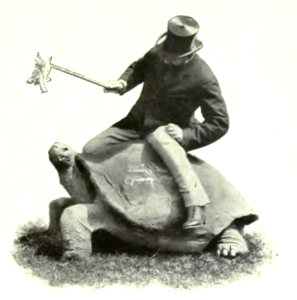 Walter Rothschild on a giant tortoise – By Cornish

Miriam Rothschild’s financial independence enabled her to pursue anything that she found interesting and as she once said “I must say, I find everything interesting” so nothing was off her radar:-

“Once you have a microscope, life is never long enough”

This epitomises her fascination and love of the natural world.