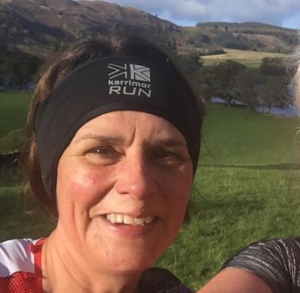 When I was at Secondary school, I had a huge interest in Music, Maths and Physics, and it was a tough decision about which path I should follow. I played the classical guitar and viola but also loved tinkering in my dad’s garage with wood and metal etc.

I moved to Hampshire over 20 years ago, where I sometimes volunteer at our local Youth Theatre (Holybourne Theatre). I became involved in this project when a family member told me of the local social media interest. I hope I have an interesting story to add to this wonderful project.

Music will be added during the project. Sign up for our Newsletter and we’ll let you know when it arrives.

I attended secondary school in Essex and went to SEEVIC to study Maths, Physics, and Chemistry. I really enjoyed Physics at A level and had an interest in Electronics. I used to buy Electronics Weekly, the magazine, and bought a few electronic kits to make a small radio and some sound generators. I also bought the New Scientist magazine from time to time and was really interested in an article about the NASA project called ‘Pioneer’, a small probe which made its way to Jupiter and Saturn – I still have that copy of the magazine!

The degree course at Plymouth on Communications Systems Engineering heavily promoted Satellite development. I was extremely excited and sponsorship by Marconi’s was the icing on the cake. My educational and career choice really was a case of following my interests/hobbies and things I enjoyed learning about at school.

Corner shop assistant
A bit like Open All Hours – when I was at college.

Development Engineer
At Marconi’s in Chelmsford – once I graduated.

Bar worker in a local pub
After graduating, to help pay the mortgage!

Mathematics Teacher
After having children – I retrained and obtained my PGCE after my first child was born.

I am proud that I was the first in my family to study for a degree and that I chose a profession which was thought to be for men only. I have made friends for life whilst at University and at Marconi’s. Although some in the profession were unsure about seeing a woman in a man’s world, I can honestly say that I felt a respected and valuable member of the team at all times.

In my work as a teacher I frequently tell pupils about my work in industry and enjoy taking pupils to Bletchley Park; not just to show them the fantastic codebreaking work that happened there during WW2, but also how much women were involved in that work and how that has all led to the computing and technology that we use today.

I enjoy running, although I am more of a plodder these days. Last year I took part in some Fell races in the Lake District and enjoyed every minute of it, but it was really hard work. I also enjoy walking and took part a few years ago in a charity walk called ‘The South Coast Challenge’ over 2 days and 100km. It is a good way of testing your mental and physical strength at the same time as raising money for cancer charities.

No one person in particular, although I really admire the women in WW2 who worked in the factories making aircraft and ammunition etc as well as the ones who flew or served their country in some way, including those amazing code breakers at Bletchley Park.

Echoes from Essex
Scroll to top