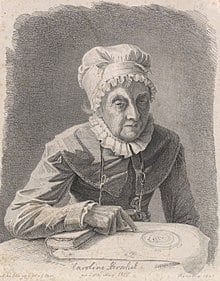 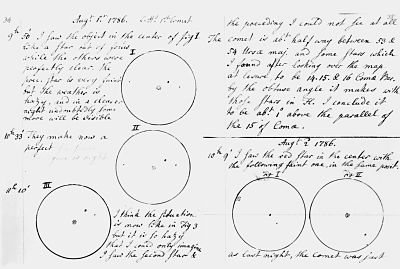 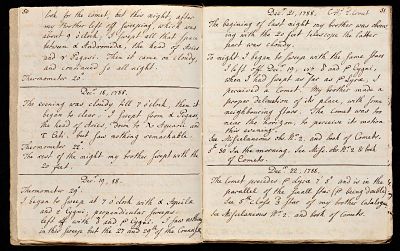 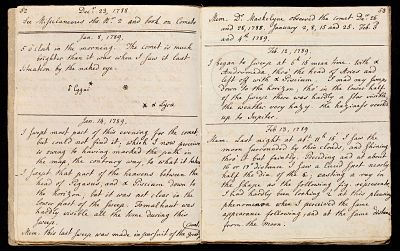 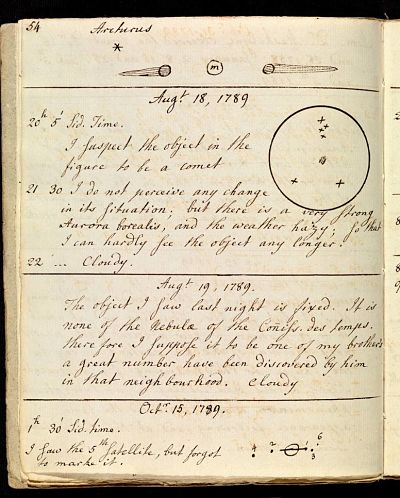 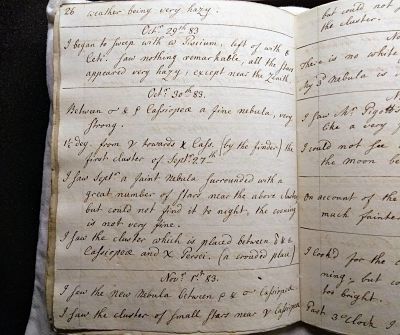 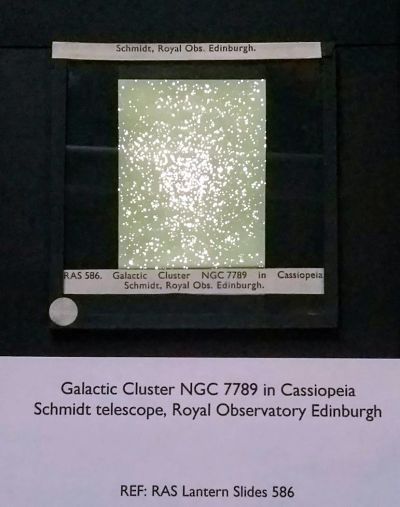 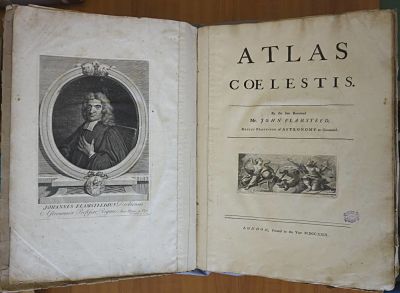 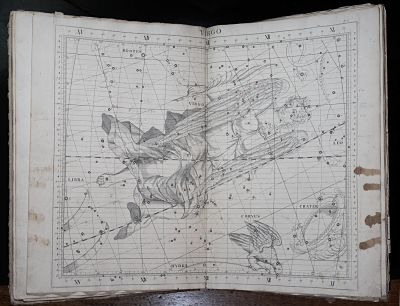 Caroline Herschel was a very keen musician: sang and played harpsichord. She may have composed ‘The Echo’ attributed to her brother William. After she sang first solo in Handel’s Messiah, she was asked to perform in a Birmingham festival, but she declined because she would only sing when William was conducting, and he wanted to spend more & more time on astronomy. So the career she’d yearned for as a professional musician fizzled out.

This piece was written by the composer especially about the astronomer for the award winning Edinburgh Fringe show “Superwomen of Science” in 2016. It includes quotes from Rejoice Greatly Messiah, and from a Catch attributed to her brother William Herschel. It merges her comet discoveries with her own thoughts about her relationship with her brother, and her response to being awarded a Gold medal by the Royal Astronomical Society which attempts to show her understanding but struggling to accept her own contributions to science.

Her father taught her & her brothers the 3Rs, music etc. But she was the only girl after her sister married, and her mother forced her to do all the household chores, so she didn’t have time for education. She came over to England to live with  William, who initially taught her music but then became obsessed with  astronomy, forcing her to do it too

Looking after her 2 brothers, calculating star positions, noting down observations, superintending telescope builders, playing the harpsichord, singing, household chores, adoring her nephew and loathing her sister-in-law (she tore several pages out of her dairy)…….. 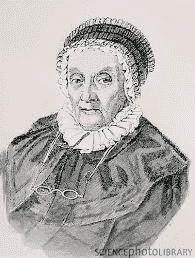 She discovered 8 comets, 14 nebulae and  worked on an important  star catalogue

In the basement of the house she shared with her 2 brothers, she sieved horse manure to make smooth moulds for telescope mirrors

First woman to receive a salary (royal pension) for services to science.

She’s usually celebrated (and was at the time) for being the first woman to identify a new comet. But I think that’s pretty trivial compared with all the work she did compiling star catalogues. William is famous for discovering many new nebulae, but she observed with him & did all the tedious calculations – and spotted the first two nebulae before him.

In 2010, Royal Society named her as one of the ten most influential female scientists in Britain.

Regarding her honorary membership of the Royal Astronomical Society, Herschel was so browbeaten that she colluded in her own inferiority: “I am nothing, I have  done nothing,” she wrote in her diary; “a well-trained puppy-dog would have done as much.’” Although she was grateful for official recognition, surely she deserved full membership? Similarly, although the Royal Society published Mary Somerville’s article on magnetism, her husband had to read it out: her physical presence was permitted only as a marble bust in the foyer. Objections to female membership of scientific societies continued well into the 20th century.

The Herschel Museum of Astronomy
Caroline once lived here, it is well worth a visit.
Scroll to top