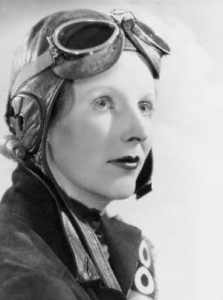 Image from the National Portrait Gallery

The solo singer describes the race and some of the women pilots who took part that day, including MARY RUSSELL, DUCHESS OF BEDFORD. The text describing the bats is mainly from zoologist DORIS MACKINNON’s book, The animal’s world which was based on talks she gave on the radio throughout the 1930s, interspersed with information gleaned from discussions with Wildlife Conservationist DEBBIE SAMWELL and Ecologist Mischa Cross. 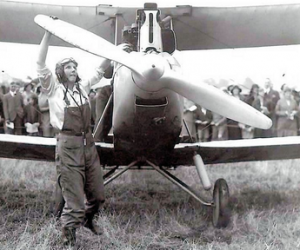 Learnt to fly at the London Aeroplane Club, Stag Lane

Aircraft engineer
Spicer was the first woman to reach the top in this demanding technical career. She was well-known as an excellent pilot, a skilled mechanic and an original scientific researcher.

She carried out research into using steels for aeroplanes, but her main achievement was to become a technical aviation expert at a time when such careers were still closed to women.

She joined the Crimson Fleet Air Circus to raise money for hospitals.

After successfully completing so many flights, she died in a commercial plane that flew into the side of a mountain near Rio de Janeiro in thick fog.

With Pauline Gower, she wrote the book Women with wings (1938). 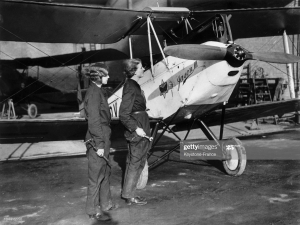 Pauline Gower (left) and Dorothy Spicer admiring the plane of another pioneer of the air, JASON III, the plane in which miss Amy Johnson attempted to fly across Siberia, photographed at Stag Lane Aerodrome. (Photo by Keystone-France/Gamma-Keystone via Getty Images)

Spicer was an exceptionally determined and clever woman who broke through several barriers in female education. In 1935, she became the first woman to gain the top D license in aircraft engineering. She had to obtain special permission to study at such a high level, but it qualified her to build, inspect and repair engines and airframes. When she later joined London’s Air Registration Board, she became the only woman in the whole of the British Empire to hold a technical post in civil aviation. 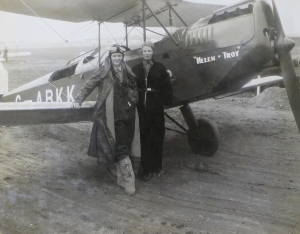