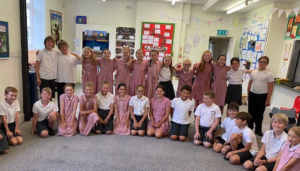 All images on this page courtesy of the school. This page also includes quotes from the children gathered from data collected after the project. 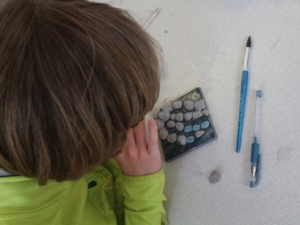 In our classroom we have been learning about: 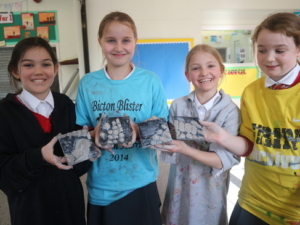 Jack helped us make clay patterns on squares and put them all together to create Doli!

On the project we learnt: 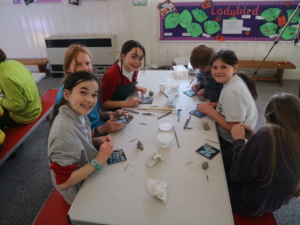 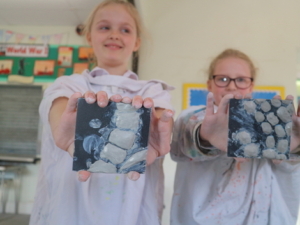 We liked doing the clay art

Was Mary Anning smarter than Charles D. (Darwin)? We think so. We wrote about the mysterious Doli the Dolichodeirus in this brilliant MEGASONG for Mary Anning. We worked with an electric voice theatre team to write a song which would reflect her extraordinary work while exploring how fossils are made. The final film is created from drawings and a model of the Plesiosaur by the children, was made by Jack Sewell. 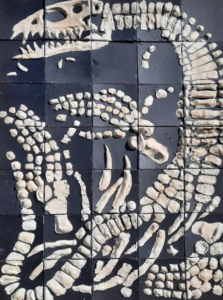 Our final artwork, ‘Doli the Dolichodeirus’

Some of us have passed grades in piano and one of us won a guitar trophy. Over half of us play a musical instrument and some of us sing in the choir. Our teachers are Ms Lea and Ms Morris and they help us learn music with the Charanga music scheme.

It was really special when our school choir won the BBC Radio Devon Star for Christmas competition in 2019. We were judged best in the ‘small schools’ category. It was the first time we entered, and we performed a medley of Christmas songs including O Come All Ye Faithful. Being part of a radio show with a real band, live sound checks, cameras and microphones was a surreal and exciting experience. There was an article about us in the Midweek Herald!