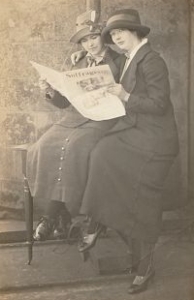 We are very grateful to Dr Leitch’s grandson and his wife, Drs P and J Henderson, Canberra, for providing photographs, and for assisting in the accuracy of this entry.

Thanks to her family, we now know that Isabella Leitch liked going to Chamber music concerts and musical theatre, but most of all, she enjoyed going to the ballet, especially when her grandchildren accompanied her. Several members of subsequent generations of her family did indeed become career ballet dancers.

We are still working on music to reflect her life. It will appear here soon. 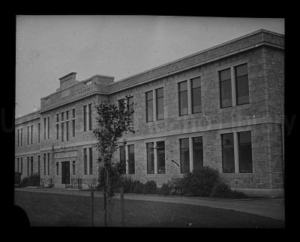 Researcher in zoophysiology
From 1914-1918, she was awarded a Carnegie Grant to carry out research at Copenhagen University in genetics, and in plant and animal physiology.  The various papers she produced there earned her the award of DSc from Aberdeen University.

Translator
Isabella Leitch had a working knowledge of several languages, and between 1919-1923, earned a small income as a translator.

Temporary Librarian
She started to work from 1923 as a temporary librarian at the Rowett Research Institute, Aberdeen which had been set up in 1913 as a centre for research into animal nutrition.

Research Assistant
From 1923-1929, along with her work in the Library, she was assigned to carry out research on iodine, and with the Director of the Rowett, John Boyd Orr, she co-authored papers on iodine in agriculture and in nutrition.

Personal Assistant to John Boyd Orr
Boyd Orr recognised the abilities of Isabella Leitch, and she became his assistant. Several of his publications involved her input. She continued in this role, alongside her job in the Bureau of Animal Nutrition, until Boyd Orr left the Rowett in 1945.

Journal editor, Bureau Director, and Nutrition Specialist
In 1929, the Bureau (later the Commonwealth Bureau) of Animal Nutrition was formed, based within the premises at the Rowett, and Isabella Leitch moved to work there. By 1931, she had founded and become editor of the publication Nutrition abstracts and reviews. She continued to take charge of the Bureau and this journal until she retired in 1960. As well as collating and abstracting the work of others, she compiled her own research papers and technical reports. Her language skills meant that she looked to include contributions from all over the world, and the journal became internationally respected. She herself earned a reputation as a nutrition specialist, and served on committees and presented papers at national and international conferences instigated by bodies including the United Nations.

Author and Abstractor of journal articles
After her retirement, she continued to produce scientific papers and to contribute to Nutrition abstracts and reviews into her late 80s. 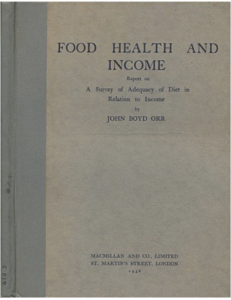 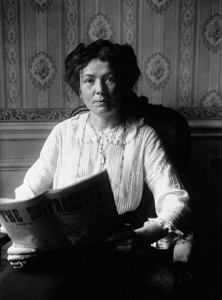 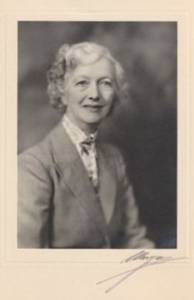 From her early days in the suffragette movement, Isabella Leitch was always a vehement supporter of women’s rights. Maybe because she was a single parent, she was turned down for scientific posts soon after her return to the UK. With persistence, and support from her mother and sisters, she was finally able to pursue and excel in the career which she loved.

Leitch valued competent research, but could not bear to see what she believed to be sloppy work. She did not hesitate to speak out where she felt strongly, and this was not always appreciated by those who suffered her sharp tongue, being described by one victim as “that acidulous woman!”

Social equality was one of Isabella Leitch’s passions. She saw how poverty affected the lives and development of children, and believed that everyone deserved an income which would enable them to afford a healthy diet.

Nutrition Abstracts and Reviews, the journal which Leitch founded, is still published, and is now allied with the publications of what was the Commonwealth Agricultural Bureaux, now CAB International (CABI), covering all areas of agriculture and the environment.