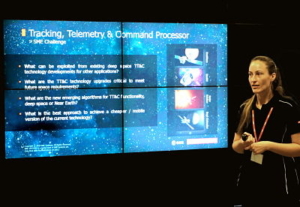 All humans find beauty in different aspects of the world. As a scientist I enjoy many types of art, therefore was keen to join the Women of Science & Music project especially that it was from Essex where I currently live and work. One of my colleagues asked whether I would like to volunteer, and although the times are quite busy with home schooling and work, the topic sounded very intriguing, therefore for the first time I decided to join such an event.

My career related education most likely started still in high (secondary) school where I joined a special mathematics class that had many additional courses such as economics. From there on, I participated in many events and won interesting awards such as an internship at a large company. And yet it was not an obvious choice for me to choose a mathematics degree. At the time, economics was very popular, and it became my number one choice at first. But I liked other things as well, chemistry, finance, programming, videography included. Since it did not seem right to make that choice then, mathematics was the answer as (together with physics of course) it is the core of everything. That is why I chose Applied Mathematics for my Bachelor Degree and then Industrial Mathematical Modelling for my Master’s Degree. Robotics later became one of the fascinating areas, which also led me to apply and be selected to do an internship in Japan. 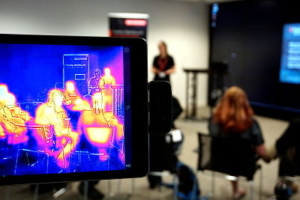 Operator and manager assistant
While still at school, I needed experience and understanding of business to help me progress quicker, so after my introductory internship at Statoil, I decided to stay and work part-time, which continued until I graduated. It was also nice to have additional money, but that meant I missed a lot of weekend and summer fun.

Hotel Manager
To earn more money, when the wave of students going abroad started, I joined them and worked as a hotel manager at a small seaside hotel in New Jersey. This was one of the most brilliant experiences, tough, but I had an English professor as the hotel owner, giving English tips.

Research Assistant
I was lucky to be offered a place at the NTT Communications Science Laboratory in Japan as a research assistant, which was the most fascinating experience both educationally as well as culturally.

Procurement Manager
University was a little bit more flexible, therefore I started working as a part-time purchasing manager at the furniture manufacturing company. This progressed well, and I was offered a higher position, but at the same time the results of the UK exchange programme came out. I chose education, as I was not yet ready to start a full-time job.

Cleaner
While in the UK, I had a scholarship, but it was not enough, therefore I started working as a cleaner on the university campus. These were long days, with little sleep and lots of mathematics, all in a foreign language.

Researcher
After I completed my Master’s degree, I was offered a researcher’s position. I enjoy maths, and doing research, and since the job was exactly that, I stayed. 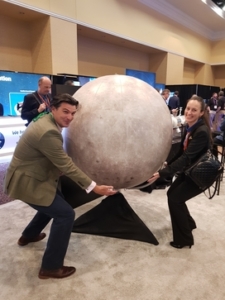 After work at the BAE Systems Stand, enjoying the state-of-the-art technologies as well as checking out planet models at the US Space Symposium (March 2019)

I think my biggest achievement, a breakthrough, was my first scientific paper on chaotic systems published when I was working in Japan.

I have two children, both named after mathematical terms.

The most inspiring aspect of not just one but all the women in science is the hard work they had to put in, patience and passion, and the relentless push forward they all had to maintain in order to achieve both the scientific breakthroughs as well as recognition. So now where and when possible I try to contribute to the STEM events, especially with the girls’ schools, and also instil critical thinking in my daughters.