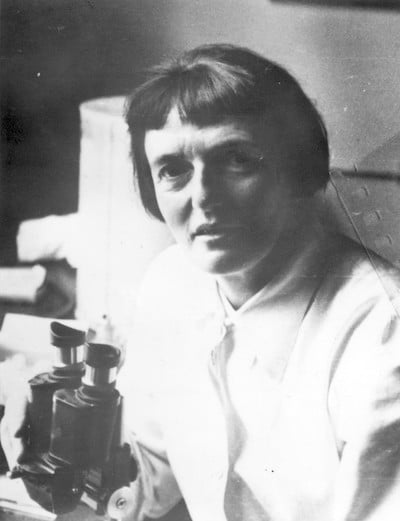 Although she never had children of her own, Lotte Auerbach was very fond of children, and wrote a book for them called ‘Adventures with Rosalind’, under the pseudonym, Charlotte Austen. The story tells of a bedridden boy befriended by a child in a picture book, who takes him on all sorts of adventures.
Music was also important in the Auerbach family.  Lotte’s grandmother, Arabella, was very musical, and her son, Lotte’s Uncle Max, became a professional pianist.  Lotte herself sang in a choir while in Germany until, as a Jew, she was forbidden, and once in Edinburgh, she played the cello with a group of fellow German and Austrian refugees.

Title:  I’d rather be a lab girl in Scotland
Music by: FRANCES M LYNCH
Words by: Charlotte Auerbach and Frances M Lynch
Written in: 2017
For: 5 female voices
Performed by: Frances M Lynch

The music is based on “Hill-ean is ó hug ù” (“The cattle are lowing in the pasture”) collected by Frances Tolmie from Mary Ross on Skye in 1901. It is a song closely associated with Arisaig, Lotte’s favourite holiday destination. Much of the text is taken from her own writings. The piece was created for the Scottish Superwomen of Science Programme at the Edinburgh Festival Fringe.

Lotte Auerbach was born into a Jewish family in Germany. She went to school in Berlin, then studied biology in Berlin, Würzburg and Freiburg.
Under the Nazi regime of the 1930s, it was difficult for a Jewish female scientist to progress in her career, and she suffered Anti-Semitism, before being dismissed from her teaching post.
She left the Germany in 1933, and having contacts in Britain, arrived in Edinburgh. She gained her PhD in Edinburgh, at the Institute of Animal Genetics. Awarded DSc degree from Edinburgh University in 1947.

Lotte Auerbach was one of the first scientists to write about the genetic mutations which may be caused by cancer-inducing and other chemical substances. Notable experiments included observations of effects of mustard gas on fruit flies. Results showed genetic changes, which introduced new possibilities for study.  She went on to publish many articles and genetics texts.
Edinburgh University, where she carried out this work, remains one of the largest centres in the UK for research into molecular genetics. Auerbach’s research from the 1940s is still cited frequently by those working in the field today. 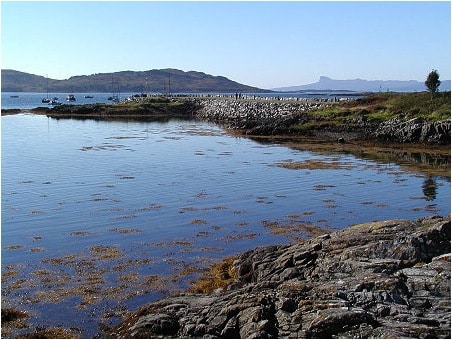