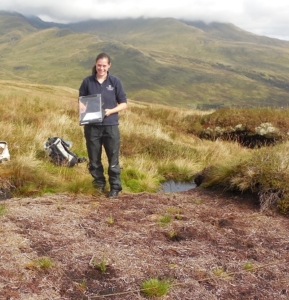 They used images of the wildlife in the area and compositional ideas of repetition and pattern to create their own music about a treasure hunt for the Snow Pearlwort and chose 4 places to look for it:
1) DOON IN THE WEE FIELD
2) THE BURN
3) SARAH’S TALL HERB LADDERS (plots of protected tall herb species which are climbing up the mountain)
4) THE TOP OF THE MOUNTAIN

The music was recorded live at it’s first performance at The Big Shed, Tombreck, on September 22nd 2018 as part of the electric voice theatre “Echoes – Minerva Scientifica” Tour of Scotland.

The music is a translation of data provided by Sarah relating to the work she is helping to carry out for The National Trust for Scotland on Ben Lawers, monitoring the growth of Tall Herbs in specially created plots which prevent the sheep and deer from grazing. The plots are arranged in Transects, or Ladders, and there are 9 of them in the area of Creag an Lochain.  The data presents a comparison from two surveys of the site: – one in 1999 by Anna Griffith (sung by choir 1) and the other in 2017 by Sarah Watts and Lindsay Mackinlay (sung by choir 2).  It is a success story!

Of the many species planted the piece focuses on only 5, as they correspond with 5 mentioned and illustrated by Elizabeth Blackwell (published in 1737) in “A Curious Herbal”:-
Angelica – Angelica Sylvestris
Ladies Mantle – Alchemilla Glabra
Meadow Sweet – Filipendula Ulmaria
Common Sorrel – Rumex Acetosa
Valerian – Valeriana or Phu

You will hear them all sung in the transects they were found in – the louder and more frequent reflecting their success or failure. 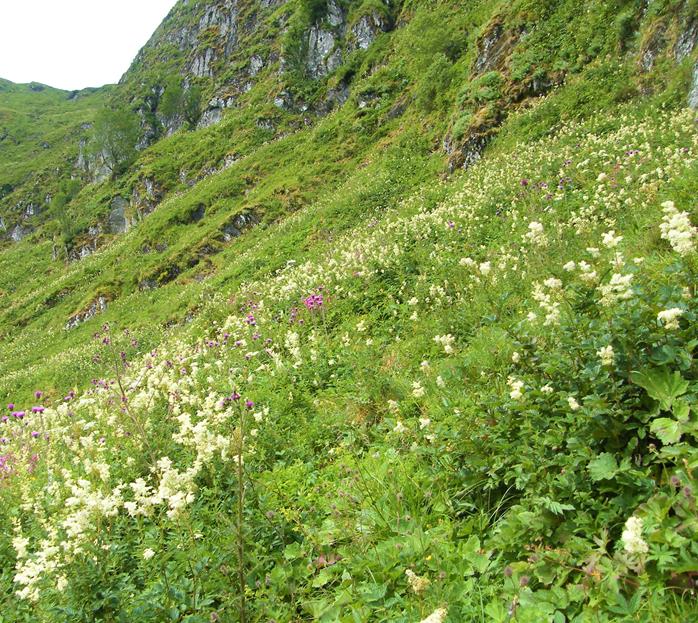 Sarah’s 9 Ladders of Tall Herbs is also recorded in a version for 9 solo voices: –

After leaving school I first studied performing music at the Royal Northern College of Music in Manchester. I then took two gap years which involved travelling around the world, working and mountaineering. The highlight was joining an expedition to South Georgia and the Falkland Islands during which I undertook vegetation, bird and glacier surveys, as well as the Shackleton Crossing.

I then studied Ecological Science at the University of Edinburgh and volunteered with the National Trust for Scotland in the holidays. I graduated with a Bsc. (Hons.) 1st class in 2012.

Seasonal Ecologist
I work at Ben Lawers NNR for the National Trust for Scotland for 6 months over the summer. This involves carrying out biological survey and monitoring work of rare upland habitats and species. My current scientific research includes the impact of peat bog restoration techniques in grazed and ungrazed sites, and mycorrhizal associations on planted montane willows.

Waitress
First job in the winter after leaving university!

Data entry for New Zealand Post
Some money to finance my travels abroad! 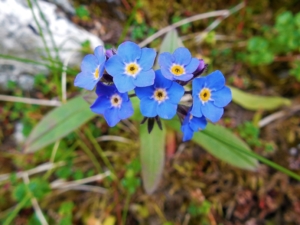 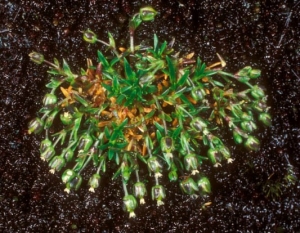 I have two children, both born in the winter so that I could carry on working during the summer field season. I was committed to breastfeeding them and so expressed milk whilst working on the hill, even at the summit of Ben Lawers (the 10th highest mountain in Britain!).

I have been inspired by the women in Scotland who are currently researching upland ecology, vegetation change over time and applied ecology including Alison Hester, Ruth Mitchell, Diana Gilbert, Andrea Britton, Sarah Woodin and Louise Ross.  Reading their articles in scientific journals motivates me to apply similar methods when working at Ben Lawers.