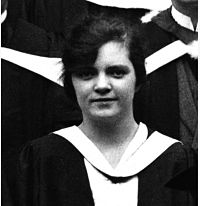 There is no record of any artistic connections – so if you know of any please do contact us.

The music was first performed to an audience of over 3,000 people at a Science Museum Lates event celebrating the opening of the Winton Mathematics Gallery. It was recorded at Birnam Studios, London in February 2017 and produced by Herbie Clarke. 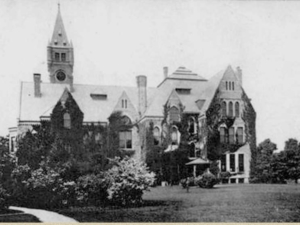 Assistant in Natural Philosophy
1926-1927. Following the award of her PhD from Bryn Mawr College, Pennsylvania, Marion Gray took up a post back at Edinburgh University

Engineer
1930-1934. Working in the Department of Development and Research, American Telephone and Telegraph Company

Mathematician
1934-1967. On the technical staff of Bell Telephone Laboratories (Bell Labs), specialising in mathematics and electromagnetic theory. She named her research interests as ‘wave propagation over the spherical earth, mathematical theory of antenna radiation, propagation of waves in loaded wave guides, and numerical analysis.’ 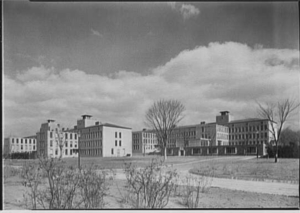 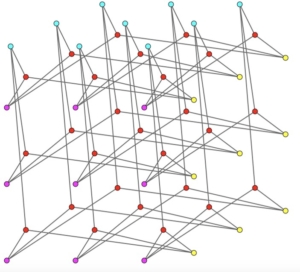 Marion Gray had a twin sister, Ann J. Gray.  A newspaper report from 1921 called them, “Brainy twins”, as it went on to talk about their achievements. Both Marion and Ann received bursaries to attend Edinburgh University, and while Marion studied mathematics, Ann studied Arts subjects, such as Latin and French.  Both were awarded prizes during their undergraduate courses – Marion for English as well as mathematics and science courses, and Ann for languages and history. Nothing has so far been discovered about Ann’s career following university.

During the time Marion Gray was working there, Bell Labs were at the forefront of many major scientific advances such as: the first binary digital computer (1939); the invention of the transistor (1947); and the design and launch of Telstar, the first communications satellite (1962).  There is no record that Marion Gray was part of the team which worked on any of these, but her place as one of the most highly regarded mathematicians there was recognised (see Inspiring woman section below).

Despite having become a naturalised US citizen in 1937, Marion Gray returned to Edinburgh when she retired, and lived there for the rest of her life.  While mentioning her employment in the USA, her death notice simply describes her as a ‘much loved sister and aunt’

Marion Gray’s career, especially in her discovery of the Gray Graph, illustrates how ‘blue sky research’ can sometimes lead to significant future advances, even though its outcome is not recognised at the time.

Because she was one member of staff in a prestigious organisation, her contribution has not been singled out, but the following gives an example of how she was respected:

As a young physicist, Erich Schulz-Du Bois joined Bell Labs as a junior member of staff. In 1957, he was struggling with a task he had been assigned.  The website describes how he was helped by ‘a little old lady, Marion Gray, one of Bell’s finest mathematicians at that time’…. The ‘little old lady’ would then have been about 55 years old!  Schulz-Du Bois went on to become a noteworthy physicist and inventor.