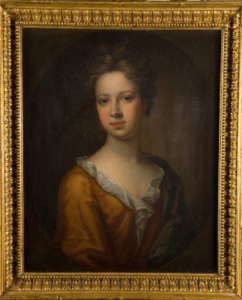 The 3rd of our electric voice theatre “Echoes from Essex” October Podcasts. Our Towering Mathematical poet is Elizabeth Tollet (1694-1754), Stratford’s multi-talented Scientific Poet who lived for many years in the Tower of London. One of her neighbours, Isaac Newton, praised her achievements, yet her poetry expresses her resentment at being unjustly excluded from the male world of science. For more Minerva Scientifica Podcasts click here.

Elizabeth Tollet was a skilled musician and renowned poet. Her work included a ‘musical drama’ called ‘Susanna, or Innocence Preserv’d’, for which she presumably composed music, although any score is now lost. After her death, her poetry was, unusually, published under her own name, and it includes several elegies to the delights of music. In a poem mourning the loss of a close friend, she wrote ‘sorrow has untun’d my voice to sing.’

From a young age, her enlightened father gave her an excellent education not only in traditional girls’ subjects, such as singing, dancing and drawing, but also in mathematics and Latin, which were normally reserved for boys.

Housekeeper
Her mother died when she was very young, and she became responsible for running the household and caring for her two younger brothers.

Scholar
An exceptionally well-educated woman, Tollet composed her own original poetry as well as translating to and from Latin and other languages.

Tollet contributed to the dissemination of scientific ideas. Throughout the eighteenth century, poetry was an important didactic medium, and her work includes lucid accounts of Isaac Newton’s theories and other current topics in natural philosophy. Writing in the voice of Hypatia, the ancient Greek mathematician, she argued that women should be allowed to pursue scientific careers. Her poetry repeatedly stressed that men suppressed women by excluding them from education:

That haughty Man, unrival’d and alone,
May boast the World of Science all his own:
As barb’rous Tyrants, to secure their Sway,
Conclude that Ignorance will best obey.

For many years, Tollet lived inside the Tower of London, where her father was a naval administrator. She described herself walking alone along the ramparts with only her Latin books for company, and wrote a long poem imagining how Anne Boleyn must have felt when imprisoned there.

She knew Isaac Newton, who professed himself very impressed by her educational achievements.

She wrote a poem to her brother at Cambridge University lamenting how much she envied him.

“The South View of the Tower of London” engraving, published in 1737 by Samuel and Nathaniel Buck. (Image courtesy of the British Museum on Wikimedia Commons)

During her lifetime, she participated in female correspondence networks and was greatly admired for her keen mind and intellectual poetry, but later was essentially forgotten until the end of the twentieth century. For modern readers, she provides powerful reminders that women were oppressed for many centuries.