Image from the British Gas 1993 Report & Accounts (published 1994) showing Beryl Platt on what otherwise is an all-male board of directors. (Photo courtesy of Mark Smedley)

The 1st of our electric voice theatre “Echoes from Essex” October Podcasts. Trained at Cambridge University, Beryl Platt (1923-2015) was a distinguished engineer and campaigner for female education who worked on fighter aircraft during the Second World War. Her daughter, Vicky Platt, gives personal and intriguing insights into her mother’s life and her own adventures in mathematics, physics and sailing! For more information, click here.

A patriotic anthem well suited to Platt as she worked on aeroplanes for the RAF in WW2 which inspired the artist to create this beautiful animation. 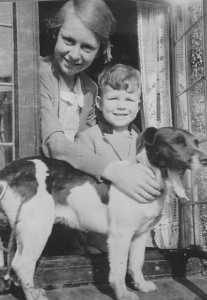 Title: Harp Song of the Dane Women
Composer: Elizabeth Machonchy
Words by: Rudyard Kipling
Written in: 1927
For: 2 Sopranos and Harp (substituted for piano on this recording)
Performed by: Frances M Lynch and Jenny Miller
First performed: for Soundings from Essex event in August 2020, virtually during the Covid-19 pandemic.

The score for this work is now out of print, but was kindly provided by Maconchy’s daughter, Nicola LeFanu, who also gave us permission to record it. It is performed by electric voice theatre singers Frances M Lynch, and Jenny Miller. The piano was played by Frances M Lynch. They recorded their parts individually in their homes and the work was constructed at Birnam Studios, London.

“What is a woman that you forsake her,
And the hearth-fire and the home-acre,
To go with the old grey Widow-maker?

She has no house to lay a guest in—
But one chill bed for all to rest in,
That the pale suns and the stray bergs nest in.

She has no strong white arms to hold you,
But the ten-times-fingering weed to hold you—
Out on the rocks where the tide has rolled you.

Yet, when the signs of summer thicken,
And the ice breaks, and the birch-buds quicken,
Yearly you turn from our side, and sicken—

Sicken again for the shouts and the slaughters.
You steal away to the lapping waters,
And look at your ship in her winter-quarters.

You forget our mirth, and talk at the tables,
The kine in the shed and the horse in the stables
To pitch her sides and go over her cables.

Then you drive out where the storm-clouds swallow,
And the sound of your oar-blades, falling hollow,
Is all we have left through the months to follow.

Ah, what is Woman that you forsake her,
And the hearth-fire and the home-acre,
To go with the old grey Widow-maker?”

This is one of 13 acapella Rounds from “Rory’s Rounds” for young singers – published by Novello. We are grateful to the composer for permission to record the work.

A cherry when it’s budding it has no stone
A chicken when it’s pippin’ it has no bone
The story of I love you it has no end
A baby when it’s sleeping has no crying.”

Although her school education was disrupted by the War, she was an excellent student who was accepted to read maths at Cambridge, and then switched to engineering so that she could benefit from a wartime bursary. She was one of only five women in a class of 250, and the course was condensed into two years because of the War. Her education was disrupted not by a global pandemic but by a world war. She stayed calm, carried on and became Britain’s leading female engineer. 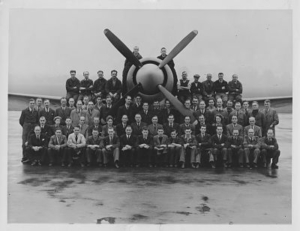 Aeronautical engineer
She worked on fighter planes at Hawker Aircraft immediately after graduating, but left after the War to develop air safety measures for British European Airways..

Local politician
After she married and moved to a small Essex village, she turned to local politics and was particularly involved in improving education.

Campaigner for Equality
As a life peer, she chaired the Equal Opportunities Commission and was the first chair of WISE, the national initiative to promote Women in Science and Engineering.

For a woman to become an aeronautical engineer in the 1940s was in itself a huge achievement, but her major significance lay in promoting female education and career opportunities in science. 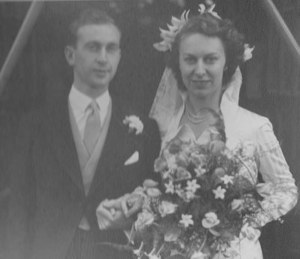 ‘WISE is the Word’ she said, when refusing to have a scholarship named after her personally.

She was happily married for 54 years, but when she first met her husband as a school girl he condemned her as a swot.

She emphasised to young women that they should never ever learn to type, because if they did they would be relegated to secretarial duties. 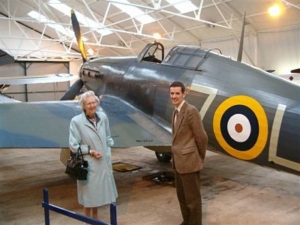 She was an outstanding role model who encouraged young women into science where they could have ‘such fun’. She was important not because of her scientific innovations, but because of her courage, determination and dedication to supporting younger women.