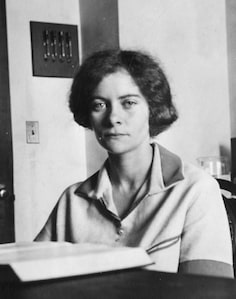 Image by Smithsonian Institution from United States (via Wikimedia Commons)

To fill gaps in Isabella’s story, we are grateful for help from her relative, Christopher Griffiths, based in Queensland, Australia.

This podcast was released on 18th May 2021, 60 years after the 60th birthday of Dr Isabella Gordon. It considers the occasion of her visit to Japan, also 60 years ago, to take a central role in the celebrations of the 60th birthday of Emperor Hirohito, another marine biologist. The speakers are Catherine Booth – Science Historian and retired Science Curator, National Library of Scotland – and Miranda Lowe, who, as Principal Curator (Crustacea) and museum scientist at the Natural History Museum, is Isabella’s successor. Their conversation is interwoven with music by Frances M Lynch (below).

She sketched and illustrated specimens to accompany her notes and papers. Her watercolour illustrations, some done at Millport, Isle of Cumbrae, Scotland, and held in the Archives at the Natural History Museum, are especially attractive. Some are copied in this NHM blog from April 2018.

Her visit to Japan in 1961 gave her an interest in Japanese coloured prints, but we have no evidence of the subject of these prints, whether related to marine specimens or not. 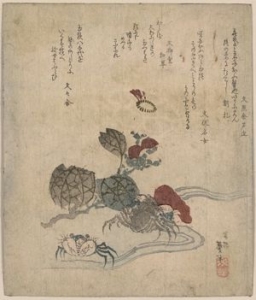 Benkeigani to tsubaki (Library of Congress collection of Japanese fine prints pre-1915). We imagine Isabella Gordon may have liked a print like this.

Dr Isabella Gordon may not have received as much recognition in her own country as she deserved, despite becoming internationally respected as a specialist in her field, but her colleagues were inspired to name her The Grand Old Lady of Carcinology.

This honorary title has been expanded into a 2 verse limerick by the composer, which summarizes her career and visit to Japan. These were created to echo the style of the following 2 original limerick verses which demonstrate good humoured correspondence between professional colleagues.

The first is by Dr A.J. Bateman, it’s his response to the title of a review Gordon published in 1958 of Siewing’s ‘Anatomie und Histologie von Thermosbaena mirabilis’. She chose to give the words the meter of a limerick, ‘A thermophilous shrimp from Tunisia’ which he felt free to augment! Her own witty riposte to his verse forms the final stanza – in which his attempt to rhyme Tunisia with it is e’er is criticized for being impossible when, like Gordon, you have a strong Scottish accent!

The full text is available to download here as a pdf. 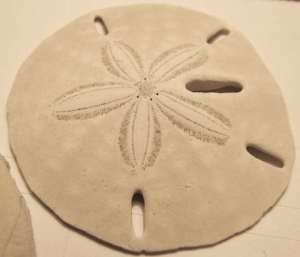 Between 1926-early 1928, she carried out research in marine laboratories in the USA and in Jamaica. Her work there involved the study of echinoderms, sea creatures with five part symmetry round a central point, which include spiny sea urchins and sand dollars.

The word Crustacea covers all kinds of creatures like crabs, lobsters and shrimps which have hard shells and several pairs of legs, and usually live in water. Carcinology is the study of crustaceans. From 1928-1966, Dr Gordon was the crustacea specialist in what we now call the Natural History Museum in London. Over her lifetime, she became one of the top experts throughout the world in this field.

From its beginnings in 1960 until she had to resign owing to ill health, Isabella Gordon edited the peer reviewed international journal, Crustaceana, which publishes research papers on all aspects of crustacea. 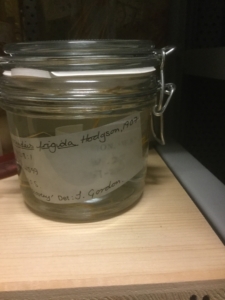 Specimen labelled by I. Gordon – Colossendeis frigida Hodgson 1907, collected from the Antarctic during the Discovery Expedition, and named after marine biologist on that expedition, Thomas Vere Hodgson.

The British Museum (Natural History) has one of the largest collections of crustacea in the world, holding huge numbers of specimens preserved in jars, catalogued and labelled. When she was in charge, Isabella Gordon knew more about these than anyone else. Even after she officially retired, she continued to research and study these, writing and publishing well over 100 scientific papers on specific creatures, often illustrated with her own sketches.

Other scientists regularly asked her for help – either to identify a specimen they didn’t recognise, or to give advice and comments on their work. She was known for her very detailed and comprehensive answers, and even allowed others to use her illustrations in their publications. There are many papers written by others which include acknowledgments to her.

She frequently gave lectures and contributed papers to conferences held in other countries, such as the USA, Mexico, Spain, Portugal and Denmark, and collaborated with marine biologists in several countries. 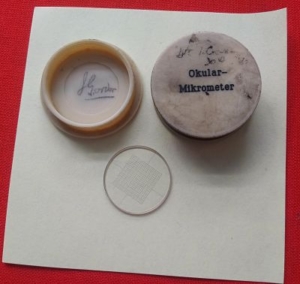 Okular-Mikrometer, or graticule, which belonged to Isabella Gordon. The glass, with grid markings, is put in the eyepiece of a microscope to provide reference measurements

The most important overseas project in her life came in 1961, when she was invited to visit Japan for several weeks in April and May, to attend the 60th birthday celebrations of Emperor Hirohito. Before the visit, she arranged for specimens from the British Museum to be sent over to join the Emperor’s own collection in an exhibition. The first venue for this exhibition was in a Tokyo department store! The Emperor himself was a keen marine biologist, and Isabella Gordon spent over 2 hours in discussion with him on that topic, and gave a lecture to a large audience. She was treated as an honoured guest throughout, and taken all over Japan to visit laboratories and scientists, many of whom were people with whom she had corresponded in the past. One day a university team took her with them on a boat which was collecting specimens in Sagami Bay, near Tokyo.

When Emperor Hirohito made a State Visit to London for 3 days in October 1971, Isabella Gordon was one of the scientists chosen to talk to him at the Linnean Society during his visits to various scientific institutions. 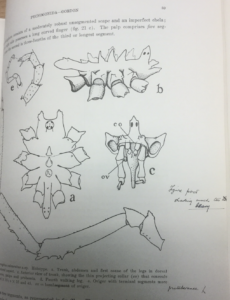 Hand annotated page proof from publication on Pycnogonida, by Isabella Gordon, showing her attention to detail.

Isabella Gordon’s parents were unmarried when she was born, which is unimportant nowadays, but in 1901, would have been considered shameful, and would certainly have affected Isabella’s own early life. They also had very little money, and it was only because she was awarded a scholarship that she was able to continue studying after the age of 14.

When Isabella Gordon began her career, it was difficult for single women living alone to find affordable accommodation, especially in London. A scheme called Women’s Pioneer Housing, established in 1920, helped her find a flat near Earl’s Court, very convenient for the Museum.

Dr Gordon’s invitation to visit Japan in 1961 was a very unusual one, as at that time, memories of wartime were still raw in both countries, trips by ordinary citizens to either nation were uncommon, and this one involved the Emperor himself. Japanese newspapers and television kept up with her itinerary, and she said subsequently in a report of her visit: “Every fisherman in East Japan knew that a ‘lady kani-ebi doctor’ had come to visit their Emperor.”  She much appreciated the friendship and hospitality she received.

Isabella Gordon was very particular about precision and accuracy when she prepared a paper for publication, and would often require amendments to her proofs.

Isabella showed that a difficult early life did not prevent her working hard to achieve her ambition. That makes her an excellent role model for young people today, who may be struggling in adverse circumstances.

Isabella remained very modest all her life, but was always ready to help anyone who asked for advice, and seemed to enjoy witnessing their achievements

Having suffered a stroke in later life which paralysed her right side, she taught herself to write using her left hand so that she could continue to correspond with her friends and fellow scientists.