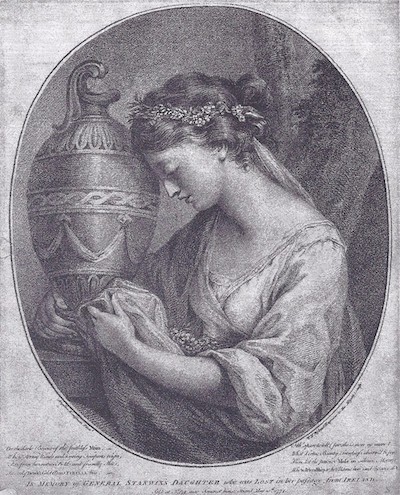 Anne Hunter was the daughter of a Berwickshire Surgeon, Robert Boyne Home, and in 1771 she married a famous anatomist and surgeon, John Hunter, from Lanarkshire who set up his own anatomy school in London.

Title:  Lizzie’s (Mary’s) Magic Dream
Scientist: ELIZABETH BLACKWELL
Words by: Traditional
Arranged by:  Frances M Lynch from the original melody and ground bass
Written in: ?
For: the original was for voice and keyboard but this version is for acapella voice
Performed by: Frances M Lynch
Premiered: Edinburgh Festival Fringe,  Aug 5th 2017

The song reflects the story of botanist Elizabeth Blackwell whose husband was executed in Sweden after a series of misadventures. In this song he (Sandy) revisits his “Lizzie” at night as a ghost – the original song was called “Mary’s Magic Dream” and her Sandy was a sailor drowned at sea. The contemporary arrangement uses the plants named by Blackwell in her huge tomes “A Curious Herbal”.

The voices sing her ground bass with countermelodies created from the original. I discovered this work in the British Library with her signature and more, showing that without a shadow of a doubt she had written the music and NOT the words (which are traditional). It is widely assumed that she only wrote words and never music…… but I’m pretty sure there is more to find.

She would have been educated at home, along with her 8 siblings! 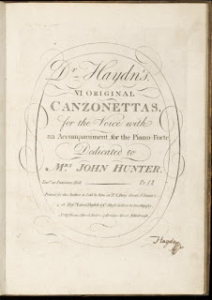 She had 2 songs published in 1765, one of these in particular, “Adieu ye streams that softly glide”, brought her public attention. Once established in London she collaborated with composer Franz Joseph Haydn and became known as his muse. His music took her writing to a wider and very appreciative audience. Their joint works included the Original Canzonettas (1794) and “O Tuneful voice” 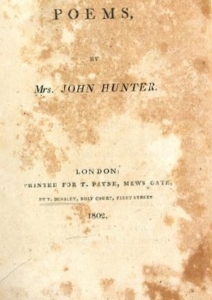 She hosted parties for her husband and his brother and was friendly with the bluestocking circle of intellectual ladies. It seems her husband did not in fact like her weekly social gatherings, particularly the ladies involved!

It must have been thrilling to hear her words sung to Haydn’s music – but here I must confess to feeling a musical highlight of my own on finding out that one of their songs was one of the first classical songs I ever learnt and loved:

My Mother Bids Me Bind My Hair

My mother bids me bind my hair
With bands of rosy hue;
Tie up my sleeves with ribbons rare,
And lace my bodice blue!

“For why,” she cries, “sit still and weep,
While others dance and play?”
Alas! I scarce can go, or creep,
While Lubin is away!

‘Tis sad to think the days are gone
When those we love were near!
I sit upon this mossy stone,
And sigh when none can hear:

And while I spin my flaxen thread,
And sing my simple lay,
The village seems asleep, or dead,
Now Lubin is away!

The main image of her at the head of this page as The Pensive Muse, was made in 1767, before her marriage to John Hunter.  It is an engraving by W. W. Ryland, after a lost portrait by Angelica Kauffman who was one of only 2 women instrumental in founding the Royal Academy.

Her husband did not trust her, and left a complicated will which saw her thrown out of her home at his death. She did manage to find support in the end but this must have been a difficult time for her. Indeed she seems to have known several times in her life when her circumstances were very poor.

Her work was widely distributed and sung, and is known to have had a great influence in literary society. In particular, her niece, the acclaimed poet and playwright Joanna Baillie, credited her with being “a considerable influence on my mind”.