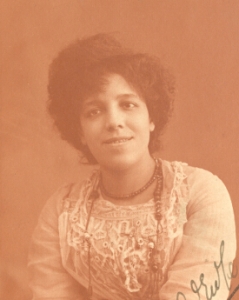 Many of the best singing teachers are those who have suffered catastrophic damage to their own vocal chords. They become focused on the science of singing, working out in detail the best techniques to help others preserve and grow their own voices. In this sense, Amanda Ira Aldridge was connected to science, and her techniques shone through some of her most famous pupils.

It is a very difficult thing to discover scores by women composers at the best of times, but during the Covid-19 lockdown, this process is made significantly worse! Very little music by women – particularly from the UK – is downloadable online. After much searching I found only one song of Aldridge’s (published of course under her pseudonym Montague Ring) on a German Website NOTENDOWNLOAD. If I’d had access to her scores at the British Library, I may well have chosen a different song to illustrate the story of Aircraft Instrument Engineer LILIAN BADER, who was a fan of Paul Robeson, one of Aldridge’s most well known students.

The original song reflects Aldridge’s popular style, and was I am sure a little tongue in cheek. I have adapted the words to make them more personal to Bader and I hope you enjoy this little taste of this composer’s delightful output. I hope to bring you more once I am allowed out! Meanwhile you can find a list of some of her songs on her Wikipedia page.
The song was recorded at Birnam Studios, London on May 7th 2020 as part of electric voice theatre‘s Minerva Scientifica – Connections 2020 project, supported using public funding by the National Lottery through Arts Council England. 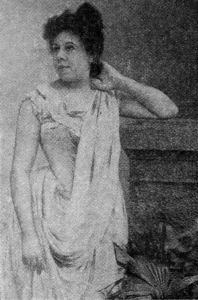 Amanda Ira Aldridge went to school with her sister Luranah at a convent in Ghent, Belgium, and went on to study at the Royal College of Music in London where her singing teachers included the great Jenny Lind and Sir George Henschel. Her composition would have been influenced by her practical theory lessons with Frederick Bridge and Francis Edward Gladston.

Singer
Aldridge began a career which promised much given her widely admired rich contralto voice. She sang a wide variety of music, notably including works by composers who would have faced similar discrimination to herself including Samuel Coleridge-Taylor and Maud Valérie White. However early on she developed laryngitis which was so severe that her voice became permanently damaged, bringing her career to an abrupt end.

Piano Accompanist
As a singer she was accompanied by her brother Ira Frederick. When he committed suicide at the age of 24 it is likely that Amanda would have become accompanist to her sister Luranah – also a professional singer – whose voice was described by Charles Gounod as “one of the most beautiful voices that exists”. 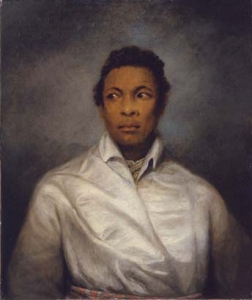 Composer
She began to publish songs and instrumental music around 1907, and appeared to stop writing in 1934. Her output was broadly popular, including references to many genres. If you look into her song list you may find some surprising items whose language would make them difficult to perform today. She was a skilful composer, who wrote light orchestral music and set the work of African and African American poets like Paul Laurence Dunbar. She published her music under her pseudonym, Montague Ring, whose work gained popularity throughout Europe, one of the most famous pieces being “Three African Dances” for piano solo.

Singing Teacher
Her greatest legacy appears to have been as a singing teacher, inspiring the likes of Paul Robeson, Roland Hayes and Marian Anderson. Aldridge worked late into her 80’s because  “Life without music would be unbearable”

When Amanda was 88 years old she made her first appearance on television for the BBC in the “Music for You” programme. One of her Montague Ring songs “Little Southern Love Song” was performed in her honour.

Her most famous pupil, Paul Robeson, played Othello in the West End in 1930, the role her father had been most known for. She presented Robeson, on stage, with the gold earrings her father had worn in the role.

Her sister Luranah should have been the first black singer to perform at Bayreuth, indeed she seems to have been close to the Wagners – perhaps a strange notion given their notorious views on race. However, during rehearsals she became ill and was sent to a nearby Spa to recover (probably arranged and paid for by Cosima Wagner), but was not able to fulfil her contract and was never asked again despite the apparent friendship. There is a hint that Cosima detected vocal technique problems that might have made her a liability – she suggested Luranah could do well to get some further training! We may never know the truth.

Amanda looked after her sister devotedly when her health finally broke down – she turned down an invitation to attend the Pan-African Congress in 1921 saying “As you know, my sister is very helpless. . . . I cannot leave for more than a few minutes at a time.”

Amanda Ira Aldridge clearly inspired her singing students not just through her teaching, but with the legacy won from her father Ira who spent his life breaking down racial barriers. She too fought discrimination, supporting black writers and performers, and helping her students go on to champion human rights within their discipline and wider society eg: Paul Robeson and legendary opera singer Marian Anderson.