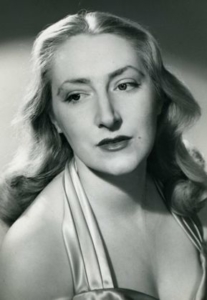 We have not found any obvious science connections other than that the Minerva Scientifica project is now performing her music – but if you know of any please contact us!

I was drawn to this song initially by its title “Echoes” which, given that Madeleine, as a local composer, was going to feature in our “Echoes from London” project for Stroud Green Festival,  seemed too good to be true. On looking further at the score I simply fell in love with it, and indeed with many of her other songs. She writes stylistic echoes into her work and here they give the flavour of the period from which the text is taken. It’s a short, clear and beautiful song.

Title:  Business Girls from “Five Betjamin Songs”
Scientist: Hertha Ayrton
Words by: John Betjeman (1906 -1984)
Written in: 1976
For: Voice and Piano
Performed by: Frances M Lynch
Published by: in 1980 by Weinberger
First Performed: This is a popular set of songs and has been recorded and certainly performed many times

This very bright and cheerful song at first seemed a good fit for the story of Hertha Ayrton – an inventor who lived through her own industry – and with her connections to North London:

“A thousand business women having baths in Camden Town”

The music sweeps the text along with the trains it describes, painting a wonderful picture of the scene. However, later in the piece Betjeman descends to a more patronising tone:-

“Rest you there, poor unbelov’d ones, Lap your loneliness in heat”……

Oh dear…it did make me wonder why Dring set it – though there is a distinct undercurrent of slight tongue in cheek in the music! So, we performed the song anyway – in order to emphasize that Hertha was far from lonely or unloved! It proved an excellent way in to a lively discussion of her life and work.

Madeleine started her musical education at the Royal College of Music in the Junior
Department when she won a scholarship for violin at the age of 10. She also studied piano and singing, drama and mime, and wrote music and acted in plays at the college where she stayed into the senior school.

She began composition studies at the age of 14 with teachers such as Stanley Drummond Wolff, Leslie Fly, Percy Buck and Herbert Howells. 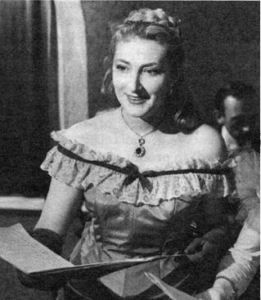 She was known for appearing on television in programmes like  ITV Television Playhouse (1955), ITV Play of the Week(1955) and Waiting for ITMA (1947).

She was lively and inventive – we opened our Echoes from London show at Stroud Green Festival in 2019 with a speech which shows her sense of humour:

Ladies and most Gentle Men
Midsummer madness is here again!
This is the part where you can’t drink and smoke
And we’ve lowered the lights, so you can’t see the folk
That you missed upstairs and knew you should greet
Before sneaking down to pinch a good seat
(And I do refer to the chairs)

Sit back and relax – stub your fag on the floor
It’s too late for the loo for we’re bolting each door
To ensure your enjoyment
Make sure that you stay-
Now, one wave of me wand
And the show’s under way!
So open the curtain and let there be light……

(From Madeleine’s “opening gambit” for the Royal College of Music Union’s “At home” in the Parry Opera Theatre, July 1973)

She wrote particularly for the piano – her favourite instrument – and huge numbers of songs. She also produced a lot of music for Television, Drama and Musical Revues, alongside music for ballet, and opera and some children’s music. She didn’t see any problem with crossing over from classical to other genres, it was natural to her.

She was a brilliant pianist, often performing her own music. You can still buy some of her excellent graded piano music for yourself or your students. The Grade 1 book “Five by Ten” published by Lengnick, contains a number of excellent pieces (and some by Elizabeth Maconchy too) and is still available from ABRSM. 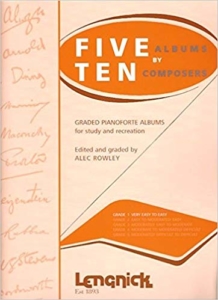 “Madeleine Dring was born on the moon and can therefore claim to be a pure-bred lunatic. Arriving on a speck of cosmic dust she came face to face with the human race and has never really recovered” 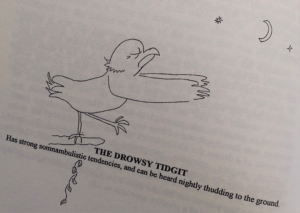 Madeleine Dring was a woman who went her own way as a composer. Her music is highly original, with a distinctive sound, even though she never seems to copy herself!

At a time when there was a great deal of experimentation with sound, atonality, dissonance, electronic music, chance and more, she carved out her own multi-faceted voice. Her work is traditional and diatonic, but with a fresh approach to harmony and rhythm and a degree of high sophistication in her serious works.

This strength of character in her music is an important lesson for all women wishing to follow in her footsteps. There is a lot of pressure to follow the trends in order to be recognised. To be loved, as her music undoubtedly is by those who have found it, requires courage and dedication and an ability to allow your personality to speak directly to the audience.