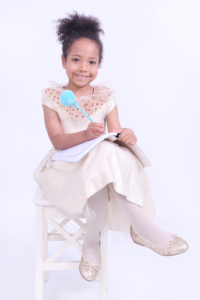 Ahead of COP26, I was invited to a Kids’ Climate Change Conference, at 10 Downing Street, hosted by the Prime Minister, Boris Johnson. I spoke to him about giving cows yoghurt pills to decrease methane gas which is harmful to the environment.

My story, Sarah Seacole, a hospital superhero with a pigeon sidekick, was selected as a winning entry in the Imperial College London Science Festival 2021.

In August 2020, I spent a week taking part in writing workshops about the water cycle. I learnt so much from water scientists, did you know that Essex is as dry as Israel? I also participated in classes with the Artist Jack Cornell and the Composer Cheryl Frances-Hoad and in the end helped compose a Mega song about the whooshing water cycle.

During the lockdown, when theatres went dark, I was lucky to be part of the Essex Virtual Choir, which sang songs about esteemed women of science, including my Grandmother, who is a Consultant Paediatrician. I was especially fascinated by the Queen of Slime Mould – Gulielma Lister. 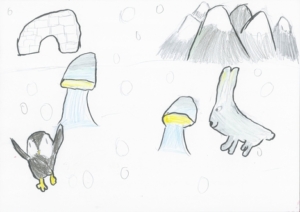 I had been reading the set of Beatrix Potter’s books, watched the Peter Rabbit films and have happily collected coins of the characters but I never knew that she was also interested in mycology. So, I collected amazing facts about fungi, turned them into a poem and then added the tune. I was proud to win and receive compliments from the judges, Judith Weir (The Master of the Queen’s Music) and the famous mycologist – Professor Lynne Boddy. It was also a lot of fun to work with Frances and Herbie to create this arrangement, with lemonade bubbles and cymbals crashing, as well as inspiration from Samuel Coleridge-Taylor.

Fungi cell walls are made of chitin
There is Dingy Twiglet, Lemon Disco and Lichen
Fungi exist in space
They survive all over the place

Fungi grow and grow
They grow in Arctic snow

Fungi are illegally picked
In Epping Forest foragers are nicked 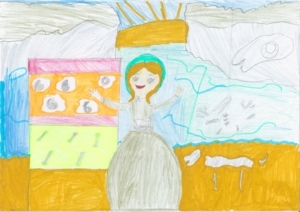 I was also selected as a winning entry for electric voice theatre’s Mary Anning Song Competition. A Song for Mary Anning compiles my piece, She Walks in the Footsteps of Dinosaurs, with the other winning entries. 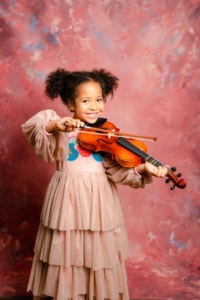 I am now at primary school and would like to have fantastic A-Levels and go to Oxford University, like my family.

I want to have multiple jobs – author, artist and eco-warrior.

I featured and was a leading contributor to Errol’s Garden music video at the Golden Toad Theatre, singing alongside West End artists Joe Griffiths-Brown & Courtney Stapleton and presenting my artwork.

I was a member of the Family Voices Digital Choir that performed the premier of Charlotte Harding’s ‘Clap!’, dedicated to the NHS. 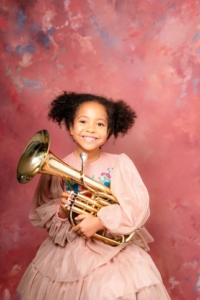 I think it’s important that children know about their heritage, as it makes them proud of who they are. I wrote a story about my Krio heritage and won a national writing competition; my story is now published in an anthology – Bedtime Stories: Beautiful Black Tales from the Past.

I am the youngest person in the world to have gone down a volcano, in Iceland.

I am named after my Grandma and I am inspired by her. She is a Consultant Paediatrician in the NHS and treats very sick children. During the pandemic, I banged my pots and pans very hard, for my Grandma.