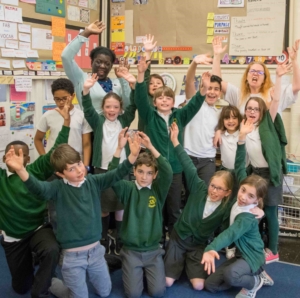 We went on a trip to the Science Museum to see a show called “It takes Guts”. We learnt about the digestive system, made poo and a digestive system and looked inside the stomach and the large intestine at the show.

Sometimes we do scientific art work.

We wrote a song about Hertha Ayrton and we enjoyed singing it and that everyone took part. Each group wrote a verse. It was fun to write a song! Please join in!

Almost everyone in Year 4 plays an instrument. We have whole class sessions every week on cello, clarinet or trumpet and we sing with our teachers. Some of us play other instruments too – like the electric guitar, piano, violin and banjo. 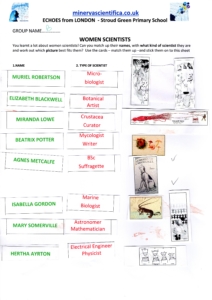 The women scientists we learnt about on Echoes from London

We learnt a lot about science too and looked at crustacea with Miranda Lowe: 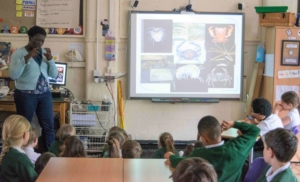 Some of us know we want to be scientists and/or composers and lots of us want to be singers or aren’t quite sure! Though some are very sure about what we want to do: 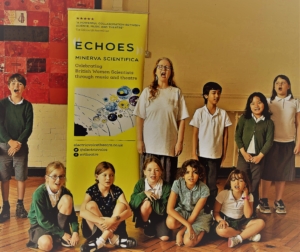 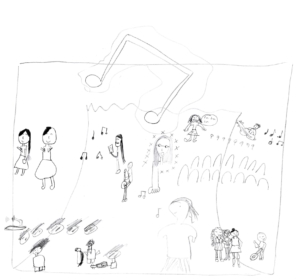 We performed Echoes from London with Frances, Herbie and Patricia 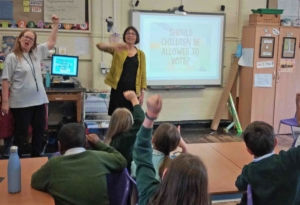 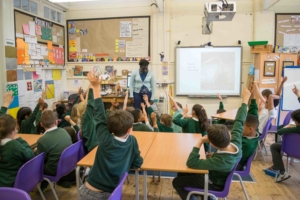 The class have lots of questions for Crustacea Curator Miranda Lowe. Click here to see what they asked!

MADELEINE DRING who lived, like we do, in Harringey. We liked her song “Echoes”

Agnes Metcalfe because she stood up for women

Hertha Ayrton was an electrical engineer and physicist and inventor. She’s inspiring because she was a suffragette and made a flapper fan to stop gas in the trenches. She also made improvements to the electric arc. She always tried hard and never gave up.