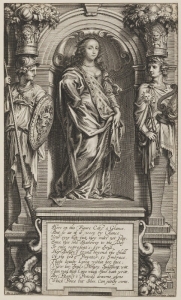 She was a prolific poet, and there is now great interest in her as a literary figure. A girl’s education in the seventeenth century typically included singing and dancing.

The text is from her 1671 book Nature’s Pictures:

“Thoughts are like stars in the firmament;
some are fixed,
others like the wandering planets,
others again are only like meteors.
Understanding is like the Sun,
which gives light to all the thoughts.
Memory is like the Moon,
it hath its new, its full and its wane.”

The music was recorded individually in the musicians’ homes and combined and produced by Herbie Clarke at Birnam Studios, London as part of electric voice theatre‘s Minerva Scientifica – Connections 2020 project, supported using public funding by the National Lottery through Arts Council England. Frances M Lynch is supported by PRS Foundation’s The Open Fund.

This song was chosen as an interesting way of dramatizing Cavendish’s unusual (for the time) attitudes to men in our imaginary context of two women at a society ball in Essex discussing their view of the perfect man! The singers begin with a conversation made up of some of Cavendish’s own words.

The music was recorded individually in the musician’s homes and combined and produced by Herbie Clarke at Birnam Studios, London as part of electric voice theatre‘s Minerva Scientifica – Connections 2020 project, supported using public funding by the National Lottery through Arts Council England.

As a girl, her education was only basic, although she chose to browse in libraries and read scholarly books thought more suitable for boys. As an adult, she recruited her brother and her brother-in-law to teach her scientific ideas. 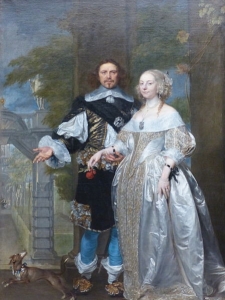 Lady-in-waiting
To escape from her cloistered provincial life, she went to Oxford and then to Paris with the royal court, which was in exile during the republican regime before Charles II was restored to the throne in 1660

Wife to William Cavendish, the first Duke of Newcastle upon Tyne
Astutely marrying a rich elderly aristocrat, she devoted her life to writing books that were privately published

Author
She wrote prolifically on scientific topics, and is now much admired for her poetry. Perpetually frustrated by being constrained as a woman, she committed her intellectual energy to philosophical thought rather than physical experiments. Unusually, she was brave enough to publish under her own name rather than hiding behind anonymity.

Widely mocked at the time, her writings are now increasingly appreciated for their philosophical insights and her insistence on challenging accepted wisdom.

Constantly developing her ideas, she shocked many people by concluding that nature has a soul, and her profound questions about the nature of life still perplex modern scientists.

She rejected male supremacy: “Why should we Desire to be Masculine, since our Own Sex and Condition is far the Better?”

But she also believed women had intrinsically inferior bodies, and accepted Aristotle’s pronouncement that they possess cold, wet brains.

High resolution microscopes had recently been invented, but she insisted that there was no point in magnifying a bee unless you could get more honey from it. 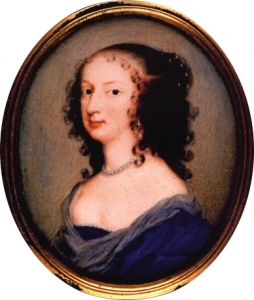 Because she refused to conform, her critics said Cavendish was mad. But she is now often celebrated for thinking critically and having the courage to speak out for what she believed. Ambitious for fame and success, she planned her life strategically and took full advantage of every opportunity she gained. When her husband’s intellectual friends – famous figures such as René Descartes and Thomas Hobbes – refused to engage with her criticisms, she created an imaginary conversation through correspondence. In her novel The Blazing World, a savage satire on the Royal Society, she envisaged a powerful woman ruling over a large empire.