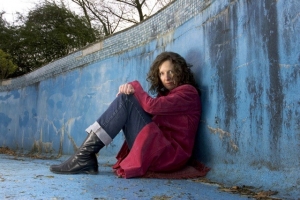 I come from a family of scientists… my dad was a physics teacher.   Frances first invited me to become involved in Minerva Scientifica’s ‘The Franklin Effect’ as part of a research project at Kings, bringing female scientists and composers together.

Commissioned by Electric Voice Theatre for ‘The Franklin Effect’ – a collaboration between women scientists and composers at King’s College London. Created in collaboration with Dr Claire Sharpe, K-Ras is based on a musical translation of the genetic code for the K-Ras gene.

Seven Dark Lines is a miniature character study of the Scottish science writer, Mary Somerville, in her own words. Written by Lynne Plowman as part of the award winning Edinburgh Fringe Show “Superwomen of Science“.

Performed at the Edinburgh Festival Fringe (Valvona & Crolla, venue 67) from 6th to 27th August 2016, and many more performances since.

I graduated from the Welsh College of Music and Drama in 1991 with a 1st class BA in Performing Arts (Music), where I studied the flute.  I’ve always composed music, and this gradually took over from performing after I graduated.  I went on to study informally with several composers, including Gary Carpenter and Harrison Birtwistle, and I’m still learning…

Composer
Too many to list, but I began composing music for theatre and dance in Cardiff, which led to concert commissions and then to opera. I’ve worked with all kinds of music organisations – including Opera North, Welsh National Opera, Glyndebourne, the Royal Shakespeare Company, the London Mozart Players, Presteigne Festival, Piano Circus, Okeanos, BBC National Orchestra of Wales and the BBC Singers.

Teacher
I’ve always supported my composing work with teaching. I live near Cardiff and teach composition at the Royal Welsh College of Music and Drama. I also lead creative music workshops in schools – I’m the Resident Composer for the Young Music Makers of Dyfed which takes me into 16 secondary schools around West Wales.

Performances of two of my operas at the Royal Opera House in London were pretty exciting.

I juggle my work with also being mum to an eleven-year old.

When I was young, none of the music that I played, or studied, was composed by women.  Female artists and writers seemed to have a higher profile than composers – the sculptor, Barbara Hepworth, was someone whose work really caught my imagination. When I was 15, a careers teacher told me it was futile for a woman to pursue a career in music, but I’d heard about Elizabeth Parker at the BBC Radiophonic Workshop, so I knew he was wrong.  More recently, I’ve begun to discover fantastic female composers from history, like the French composer, Melanie Bonis.  I think it’s really important for musicians to try and balance their programmes to include more music by women – from the past and the present.