Image by Phumez from Wikimedia Commons 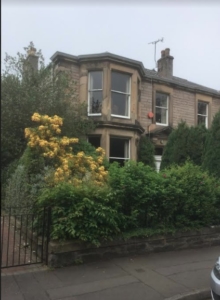 She took an interest in the Franco–Scottish Institute in Edinburgh, and the Royal Scottish Geographical Society.  We have found no record of any other musical or artistic connections

Excelled at school, George Watson’s Ladies’ College.  During her time at Edinburgh University, she frequently received first class certificates for her coursework.  She graduated from there in 1914, with both an M.A. and B.Sc. degree. Recognising that there was a serious shortage of teachers after the First World War, she left her research in physics to train as a teacher at Moray House, from where she qualified with distinction in 1917.

Teacher of Mathematics and Science
Leaving research life behind, she trained as a school teacher, and made that her future career. She taught at two Edinburgh schools – George Watson’s Ladies College and George Heriot’s School – and at a school in London.

Professor Charles Glover Barkla was a very distinguished physicist who received the Nobel prize in physics in 1917 for his pioneering discovery of the characteristic X-radiation of the elements.  This was one of the most important developments in the determination of the structure of atoms, later confirmed by X-ray spectroscopy.  Barkla relied on the assistance of the most able of his research students in his work, and Janette Dunlop was one of these, demonstrated in her co-authorship of an article with Barkla published in 1916:

Dunlop’s work with Barkla as published

Janette Dunlop was the daughter of a hatter, who had a business in North Bridge, Edinburgh.  Her father’s name was David M Dunlop, and he continued a business run by his father, also called David Dunlop.  Although there is no longer a company with their name, some of the hats they made are still in existence. One was advertised on ebay recently! 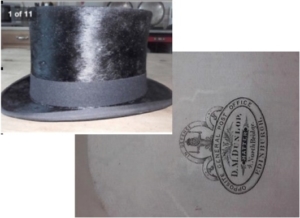 One of D M Dunlop’s hats – image from ebay

There is no record of the impact of her work as a science and maths teacher, but we can speculate that she, like many other teachers living in her era, may have inspired hundreds of young people throughout her career.
If anyone reads this knows that a Miss Dunlop was a huge influence on the life and career of a relative – please let us know!  We get the impression that Janette Dunlop lived fairly quietly, mainly in Edinburgh, and did not look for recognition.

Article by Barkla and Dunlop
Scroll to top