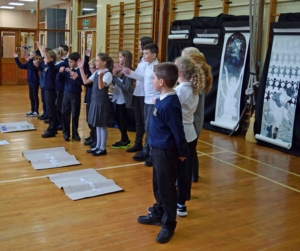 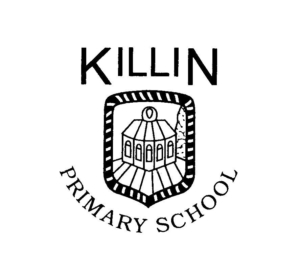 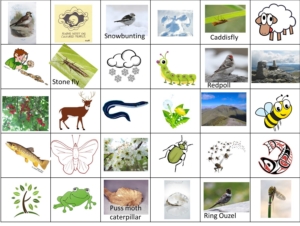 On the Echoes from Ben Lawers project the best things we learnt about were:

Buried Treasure (Part 1) – The Snow Pearlwort was written by 3 groups in the class, with a chorus by Frances

We’re going on a journey.
Where are we going?          To Ben Lawers
What are we looking for?   The Snow Pearlwort

THE MOUNTAIN (Everyone)
Why don’t we look up the top of the Mountain? YES!…… (sounds)….
We found some …..And here….. There’s some here….It’s everywhere
The Snow Pearlwort

Here are our scores, we used pictures to make the music – describing the picture and then making sounds that go with the pictures. We put them in order, using the idea of repeating and making a pattern just like music on a stave. See if you can follow our scores as you listen!

We love singing and most of us play instruments and sing in a choir. Quite a few play drums, guitar, piano and the chanter and we have one saxophone, one flute and one trombone player.

We have a special music session every fortnight and we do loads of singing in the school. We have had singing workshops with Frances Morrison for the Killin Festival and spent 6 weeks working on the Scots Sang project with a performance at the Tolbooth in Stirling. 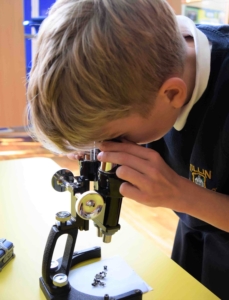 Investigating some lichen under a microscope

Some of us would like to be scientists and enjoyed learning about the science: 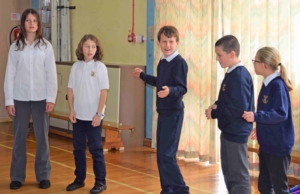 Warming up with electric voice theatre 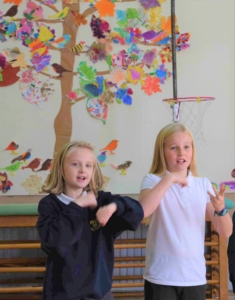 Music:  Frances and Margaret because they sang with us 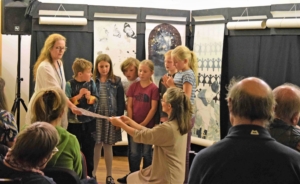 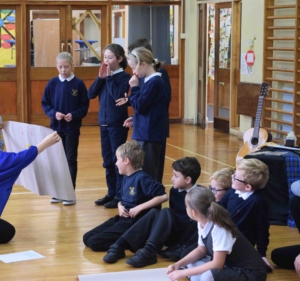 Performing our soundscape pieces about the Snow Pearlwort