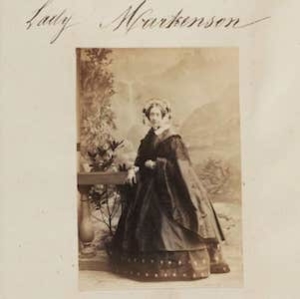 Charlotte Murchison made numerous sketches of fossils and of geologically interesting landscapes, several of which were published to illustrate her husband’s work and that of others. 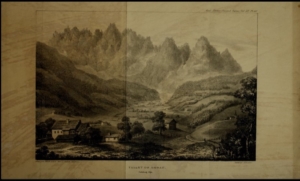 Sketch of Valley of Gosau, Salzburg Alps, as drawn by Charlotte Murchison to illustrate the article: Sedgwick, Adam and Murchison, Roderick Impey. A sketch of the structure of the Eastern Alps. Transactions of the Geological Society of London, 2nd series, Vol 3 (1835) (Image source: archive.org)

TrowelBlazers was set up by an inspirational group of women to celebrate women archaeologists, palaeontologists and geologists who have been doing awesome work for far longer, and in far greater numbers, than most people realise.  In 2017 we were approached by Lyme Regis Fossil Festival to create a workshop and performance celebrating TrowelBlazers’ Raising Horizons Exhibition. This  tribute to them features only three of the many women whose work they celebrate –  Charlotte Murchison, MARY LYELL, MARIA OGILVIE GORDON – with others featured including Rosemary Strachan Hutton and Alicia Ann Spottiswoode (Lady John Scott).

There is no record of her education, other than that she had sketching lessons from the painter and Founder Member of the Royal Academy, Paul Sandby. It is known that her father was a well-respected General with an interest in astronomy, and her mother an accomplished botanist and florist, and almost certainly they passed on their knowledge to their daughter.  Her husband, Sir Roderick Murchison, in a letter to his biographer and fellow geologist, Sir Archibald Geikie, describes both Charlotte and her parents as having instructed him in natural history subjects.

Geologist
Among her natural history interests, geology was the one on which she concentrated, studying mineral specimens and fossilised shells whenever the opportunity arose

Fossil collector
Charlotte Murchison was said to have an excellent collection of fossils, many of which she had collected herself, and she was skilled in their identification. The expertise of the Dorset fossil hunter, Mary Anning (1799-1847), has only been publicly recognised in recent years. In 1825, during a visit to Lyme Regis, Charlotte Murchison spent some time walking and collecting fossils with Mary Anning. In a letter to his biographer, Roderick Murchison writes that the work of the two women resulted in his (yes, his!) first fossil collection being much enriched.

Botanical enthusiast
During their travels, Charlotte Murchison frequently pointed out to her husband the wild flowers they saw, especially when these were growing at high altitudes or in clefts of rocks

Scientific traveller
Right from the first months of their marriage, Charlotte Murchison accompanied her husband on many of his travels throughout Britain and Europe. She coped with arduous journeys through difficult terrain, even though she suffered ill health for much of her life.

Artist
During her travels with her husband, she made numerous sketches of the scenery she passed through, as well as drawings of fossils and specimens which she discovered 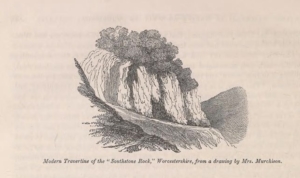 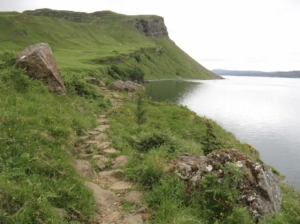 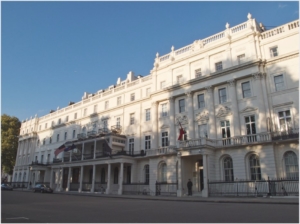