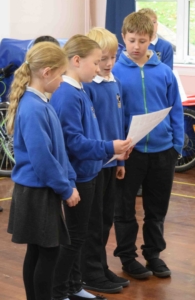 Buried Treasure (Part 1), all about the precious Snow Pearlwort on top of Ben Lawers, was written by KILLIN PRIMARY SCHOOL at the other end of Loch Tay. Some of us met in the middle at The Big Shed to perform the 2 parts together to the public. We all performed our music for  Buried Treasure (Part 2) to our school and parents, alongside other songs about women scientists like BEATRIX POTTER.

Buried Treasure (Part 2) was written by 4 groups in the class, with a chorus by Frances

Group 1
Good and Bad is under the Soil

Group 2
Virus’ are bad, kills all life
Bugs that are good, keep them out

Group 3
Soil is good if you give it water, living creatures
Don’t forget the air!

Here are our scores, we used pictures to make the music – writing our own words, describing the picture and then making sounds that go with the pictures. We put them in order, using the idea of repeating and making a pattern just like music on a stave. See if you can follow our scores as you listen! 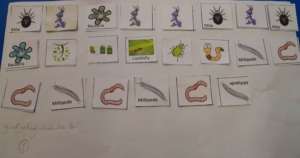 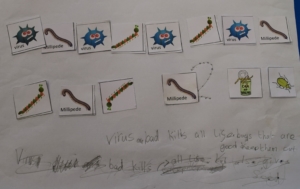 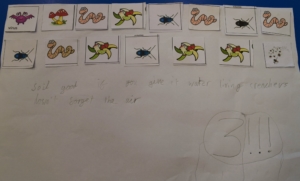 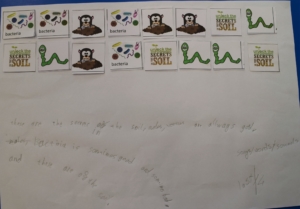 We have a music lesson in school every week, and we perform a Christmas musical every year for our local community.  Some of us can sing really well and play the piano and one boy plays the saxophone.

We are one of the few classes on the Minerva Scientifica projects who all got all the women in science names right on our forms after the project! 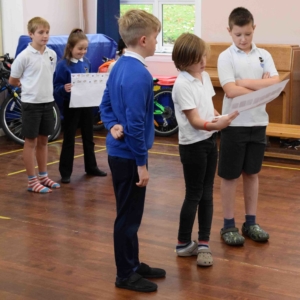 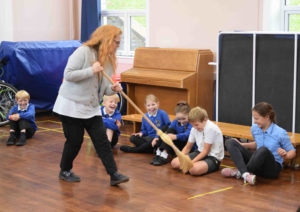 A few of us think we will be scientists and some want to be singers and composers. We might even be both! 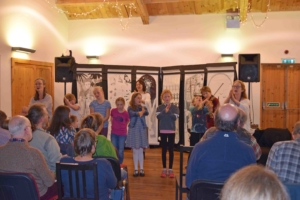 Singing and Signing the March of the Women of Science at the Big Shed with Margaret, Sabine, Audrey and Frances

Music: Frances and Audrey (she plays the violin as well as being a scientist)

Science: We sang a song about the amazing  BEATRIX POTTER (click on her name to hear us singing it alongside children from 2 other schools – one in Scotland and the other in London!) , we sang about marine biologist NORA MILLER too, and met a local soil scientist – AUDREY LITTERICK. We all loved hearing about WILLIAMINA FLEMING.

We were also inspired by Catherine Booth – the retired science curator from the National Library of Scotland – we asked her lots of questions – you can read her answers here! 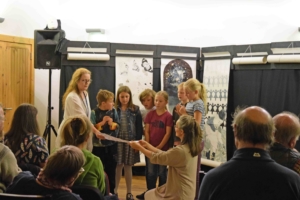