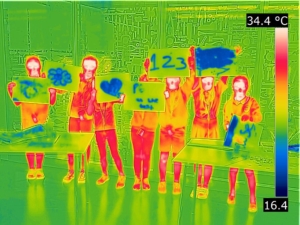 Echoes from the Engine Shed 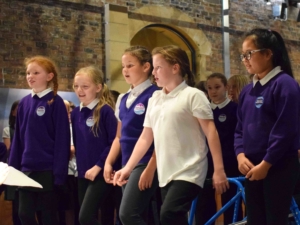 We visited the Engine Shed and met the scientists and Aurelie came to our school too.

Scientists: AURELIE TURMEL, SARAH HAMILTON, MAUREEN YOUNG
Composed by: Frances M Lynch and children from Riverside Primary (Part 2- “The Fall of the Engine Shed”) and Part 1 “The rise of the Engine Shed” – by Raploch Primary including: 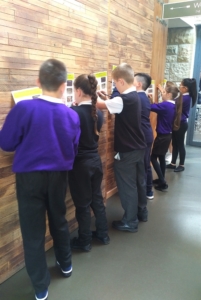 Raploch Primary on a Treasure Hunt at the Engine Shed. (Permission to use from Mrs O’Sullivan, Class Teacher)

This soundscape piece was a collaboration with the scientists from the Engine Shed Stirling (Historic Environment Scotland), and our team on the “Echoes from the Engine Shed” Project, including Margaret Cameron and Eleanor Logan, and with Raploch and Riverside Primary Schools.

We set out to learn about the history of the Engine Shed in the context of the conservation science which now takes place within its walls. We started with how it was built, what kind of things it was used for, how it decayed and how Historic Environment Scotland brought it back to life.

Raploch concentrated on the building of the Engine Shed, beginning with a treasure hunt round the building to identify the stone, timber, bricks and other materials used. They found symbols of tools on the glass of the building and imagined what they might sound like, and finally what kind of things happened in the building once it was ready – like trains moving goods around, soldiers marching and engines being repaired before  it was abandoned and later restored. 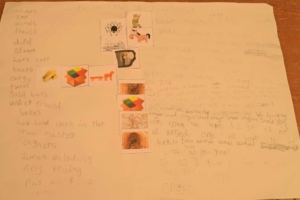 Scores for ‘Materials’, ‘Tools’ and ‘Life in the Shed’

Our teacher is Miss O’Sullivan.  We are lucky to have BIG NOISE give us a class lesson every week and some of us go after school and learn instruments like the viola, trombone and bassoon.

Some of us are thinking now about becoming scientists or composers or singers. 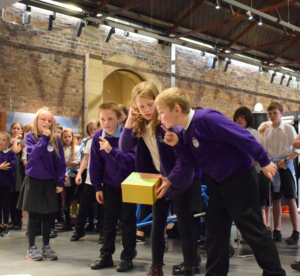 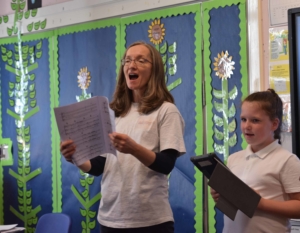 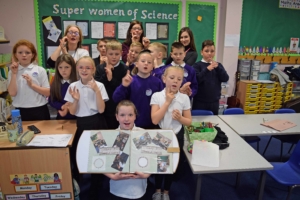 Raploch Team Signing The March of the Women of Science

Music: Frances, Margaret and Ellie I want to be a singer more because you are good as well

Science: Nora Miller and the Lung fish. Aurilee who did the microscopes and Maureen who did the thermal cameras 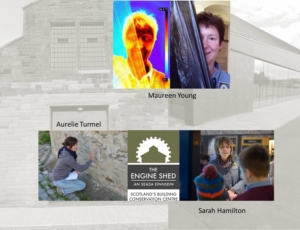 The scientists we met at The Engine Shed 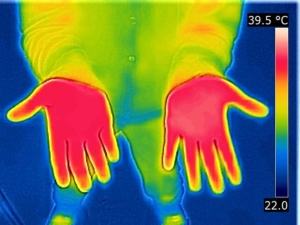 Echoes from the Engine Shed
Scroll to top