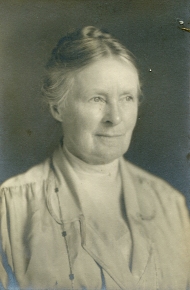 The 2nd of our electric voice theatre “Echoes from Essex” October Podcasts. The Queen of Slime Mould is Gulielma Lister (1860-1949), Leytonstone’s World Expert on Fungi. A meticulous observer, illustrator and collector, she was world-famous for her research into slime mould and her continual support of younger female scientists. For more Minerva Scientifica podcasts click here.

This music gradually emerged during out Echoes from Essex Project, beginning with a few fragments which the composer sang during the Soundings from Essex event which focused on Lister. It grew into this little faux folksong which seemed more suitable for a male voice – but could be sung by any voice.

The music was recorded by the performer and produced by Herbie Clarke at Birnam Studios, London

The project was supported using public funding by the National Lottery through Arts Council England. Frances M Lynch is supported by PRS Foundation’s The Open Fund.

electric voice theatre · May Day Carol: The hedges and fields by Imogen Holst

This evocative arrangement, a fusion of Pagan and Christian rites, echoes the life of Mycologist Gulielma Lister, particularly as a young girl, spending days with her family out of doors, collecting, sketching and observing the flora and fauna around Lyme Regis.

The hedges and fields are cloth’d in green
As green as the early leaf
Our Heav’nly Father waters them
With his morning dew so sweet.

Now we’ve been rambling all the night
And some part of the day
And as we’re returning back again
We’ve brought you a bunch of May.

A bunch of May we’ve brought you here
And at your door it shall stand
It is but a sprout, but it’s well budded out
By the works of our dear Lord’s hand.

My song it is sung, and we must be gone
No longer can we stay
God bless you all both great and small,
And we wish you a joyful May.

electric voice theatre · The Rustling of Grass by Avril Coleridge-Taylor

Recorded individually in the musicians homes during the Covid-19 Pandemic and first performed for a Soundings from Essex event in August 2020.

I cannot tell why,
But the rustling of grass,
As the summer winds pass thro’ the fields where I lie,
Brings to life a lost day,
Long ago,
Far away,
When in childhood I lay,
Looking up at the sky, and the white clouds that pass,
Trailing isles of grey shadow across the gold grass,
O, the dreams that drift by,
With the slow flowing years, hopes, memories, tears
In the rustling of grass.

She studied botany at Bedford College for a year when she was 16, but otherwise was educated at home by a governess and her parents. Trained by her artistic mother, she provided her own watercolour illustrations of fungi and other biological specimens. Her father recruited her as his scientific research assistant, but she became an expert in her own right, specialising in slime moulds, formerly classed as a type of fungi.

Mycologist
Although Lister was keenly interested in birds and conifers, her over-riding passion was for fungi and slime moulds. She was renowned for making painstakingly accurate observations, and was a gifted illustrator. 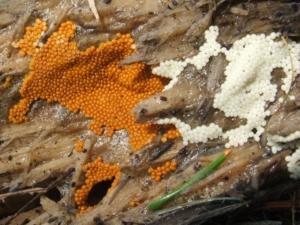 She worked closely with her father, a Fellow of the Royal Society, who publicly credited her contributions to his work on Mycetozoa. After his death, she produced revised editions of their book with her own coloured illustrations. She was a world expert in slime moulds, and published numerous scholarly papers on a wide range of plants and other organisms.

The Emperor of Japan was also a keen mycologist, and in 1933 he sent Lister two enamel vases to thank her for her help.

Determined to keep up-to-date with the latest European books about fungi, she learnt how to read Polish.

On field trips, she was inseparable from her basket for collecting fungi and her pocket telescope for watching birds.

She was a wonderful role model, appreciated as ‘a perfect gentlewoman with an old world courtesy’ who demanded that others match her own high standards. When she entered a Linnean Society meeting, she always removed her hat to emphasise that science is gender-neutral – the younger women were initially surprised, but followed her example. She was a keen supporter of the Botanical Research Fund, and helped to raise money for building a laboratory at the all-female Bedford College. Female networks were extremely important, and she was close to some of Britain’s most eminent women botanists. 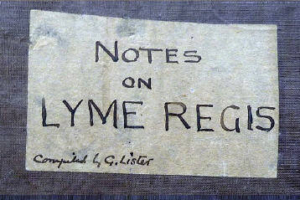 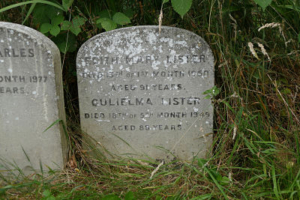 Written on a gravestone in Friends’ Meeting House, Leytonstone (Image by Paul Ferris)