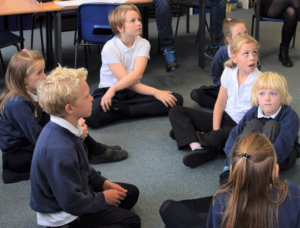 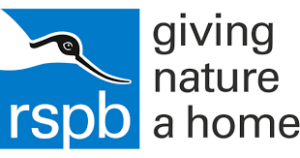 Ben Jones from the RSPB Nature Reserve on Coll came to our school and we talked about corncrakes and we learned the I.O. – where farmers leave spaces in their fields shaped in an I or an O for the corncrakes to live.  We found out that the corncrakes live for 2 years

Learning about the corncrake was special

I loved looking at the fossils – Thankyou so much – Frances, Herbie, Ben and Sabine!

I loved learning about the Lungfish

Frances talked to ecologist Dr Nicola Downing about the RSPB Nature Reserve on Coll. She keeps up to date with conservation based science and delivers species and habitat advice to the fantastic staff that manage the RSPB’s network of nature reserves in South West Scotland, including on Coll.

She wasn’t able to visit the Island when Frances & Herbie were there – but suggested we investigate the Corncrake with the help of local reserve manager Ben Jones.

We made a soundscape song using pictures to make up patterns of the sound of things that are good for the birds and not so good. You will see our scores for the verses below and you can find the full text of the song on Soundcloud

The song begins with recordings of local people chanting the dates and numbers of corncrakes found on the Island in total since 1992.

Then Frances sings like a corncrake before we perform Senwa dedende (a song from Ghana about going to eat!) and our Corncrake Coll Verses with lots of sounds and words.

See if you can follow our scores as you listen! 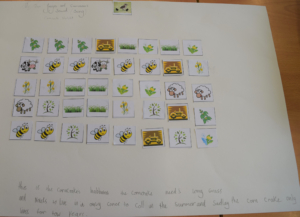 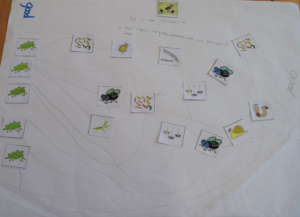 Verse 2 – This is what corncrakes eat 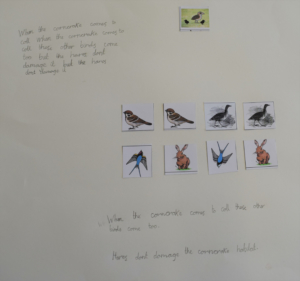 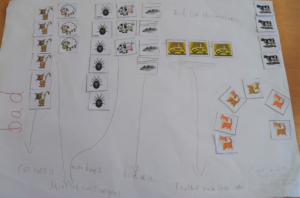 Verse 4 – Bad for the Corncrakes 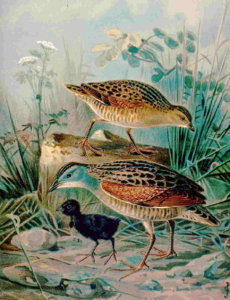 For the project I liked best learning the sign language.

We have at least two scientists among our group, most of us would like to sing and play instruments when we grow up too.

I thought about being a scientist because the project was interesting

We do a Christmas Concert, Summer Concert and Burns Supper every year for the Islanders! 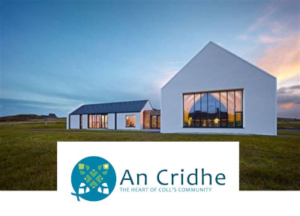 An Cridhe where we sang our music

We did lots of unusual things for this project – here are some of our comments!

We found out that Herbie was in the Harry Potter films! 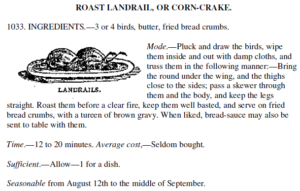 Science:
Mary Somerville and her fossils
Nora Miller and the Lungfish