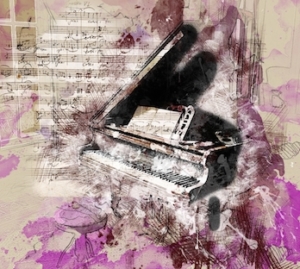 Image by Efes Kitap on Pixabay

This is Episode 1 of the electric voice theatre podcast series Women of Science & Music: 30 Celebrations which was first released on May 26th 2020 for the 110th birthday of composer Shena Fraser.
The series presenter is Frances M Lynch, Artistic Director of electric voice theatre with special guests Science Historian Catherine Booth and Dr Gillian Sales, Curator of the Museum of Life Sciences, King’s College London

We have not found any connections that Shena Fraser may have had with science, but she is now connected here through the Minerva Scientific Project Echoes from the Engine Shed.

The words of this gorgeous lullaby have been slightly adapted to illustrate the story of Marine Biologist Nora Miller whose mother was a really wonderful singer – she studied with Hubert Parry. I imagine her singing to the young Nora about her future at sea. The first performance in this version took place at The Engine Shed, Stirling, on 18th September 2018.

The words have been adapted very slightly to fit our project! So the 3 fishermen named in the title become Somerville, Herschel and Fleming, 3 Astronomers. The voices of the moon and stars are given special electronic treatment to add to the dreamlike quality of this charming song, and an extra part created for the 3rd astronomer to speak. It was first performed in this version for the Herschel Museum in Bath on August 1st 2018.

She went away to Queen Margaret’s School in Scarborough and then studied at the Royal College of Music in London – Herbert Howells was her composition teacher. 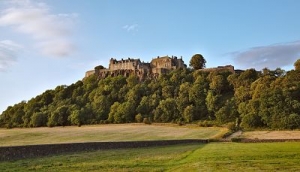 She also wrote 3 books of aural training which are still published, and very useful!

Her final piano recital from RCM at Grotrian Hall, London in 1934 would have been a highlight for her.

In 1982 she formed a music publishing partnership with Yvonne Enoch known as Fraser-Enoch Publications specialising in piano and choral music.

Her music was performed widely and broadcast on National Television and at venues like the Royal Festival Hall in London – all of which would have been thrilling.

She often composed under the pseudonym Sebastian Scott. She was married to a brewery director – Laurence Neame – and had three sons, one daughter and four grandchildren.

She wrote a great deal for children and choirs, especially women’s voices, and worked hard to introduce new music in the repertoire. She was involved in the Women’s Institute and started a choir for them, which won festivals!

Links to some of Shena Fraser’s published works: