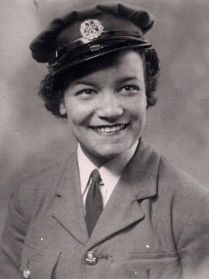 Science Historian Dr Patricia Fara, Emeritus Fellow of Clare College Cambridge, discusses the life and work of Lilian Bader with Warrant Officer Ali Fisher an Aeronautical Engineer from the RAF, whose stellar career will inspire anyone to take flight.

As a mature student, she studied for a BA degree at London University. 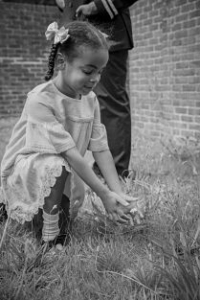 The words – originally by Aldridge/Ring – were altered to reflect Lilian Bader’s story. Her “Dark Eyed Soldier” was her husband Ramsay who was one of a number of black soldiers in the British Armed Forces involved in the D Day Landings at Normandy. Cherry, who prays for his safe return, was Lilian’s nick name in the WAAF. Bader was a fan of Paul Robeson, whose singing teacher was the composer of this music.

The song was recorded at Birnam Studios, London on May 7th 2020 as part of electric voice theatre‘s Minerva Scientifica – Connections 2020 project, supported using public funding by the National Lottery through Arts Council England.

As an orphaned child, she received a basic education at a convent. After her children had grown up, she studied for the equivalent of GCSE and A-levels so that she could gain a degree from London University and become a teacher.  She also passed an exam for a WAAF training course.

After the War, she lived until 1956 in the historic and picturesque market town of Higham Ferrars in the Nene Valley. (Image: Fifteenth-century Chichele College at Higham Ferrars.)

Domestic service
Forced into it as often the only way a black woman could earn money.

NAAFI (service providing on-base food and entertainment for lower ranks of service men)
Worked there briefly but dismissed because of her West Indian father.

NAAFI
Returned for a brief period until her first child was born. 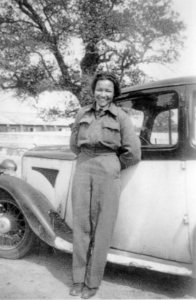 Her main achievement was succeeding as a black woman during a time of strong gender and racial discrimination. Bader often found herself the only dark-skinned person in a ‘sea of white faces.’ After only a few weeks in her first job, she was dismissed with the excuse that her father had not been born in the UK – as a black Roman Catholic with an Irish mother she was destined to confront a lifetime of prejudice.

In a 1990 BBC discussion programme, she justified her war work by explaining that Hitler would have sent her to the ovens.

She loved her WAAF nickname: Cherry.

Because of the wartime sugar shortage, the icing on her wedding cake was just an artificial lid with a plain cake underneath.

Her father Marcus Bailey enlisted on a ship leaving Barbados and settled in Hull in 1919. 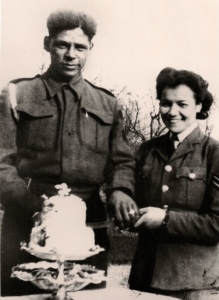 Determined to contribute to her country, she inspired other black women to succeed at a time when discrimination was far stronger than it is today. When one door was closed to her (NAAFI), she forced open another one (WAAF).

She was proud that three generations of her family had served in the British Armed Forces.

Bader demonstrates how a woman can overcome prejudice and disadvantage. An orphan with a very unprivileged upbringing, she gained promotion as an aircraft engineer through intelligence and hard work, and after her children were grown up, studied for a degree at London University.

The skilled maintenance work of Bader and other highly skilled women was crucial for ensuring that British aeroplanes were always in perfect condition – and her future husband Ramsay Bader was one of the few black soldiers involved in the D-Day Landings.