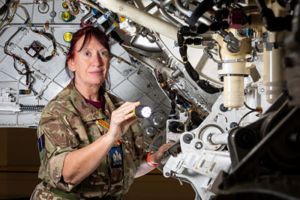 Here I am with Science Historian Dr Patricia Fara, Emeritus Fellow of Clare College Cambridge, discussing what it’s like to be an RAF Engineer in contrast to the life and work of Aircraft Instrument Engineer, Corporal Lilian Bader(1918 – 2015) from the WAAF.

I like all kinds of styles of music, especially 80s stuff. I used to play the violin in an orchestra which I loved, and I taught myself to play keyboards. Now I’m learning to play the electric guitar so it’s quite nice to get back into music.

I left school with 6 GCEs including Maths and English, but didn’t go to college or university. 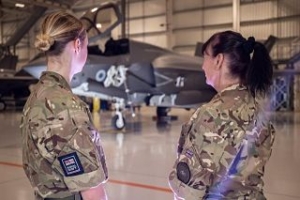 Airframe mechanic
I applied to join the RAF as an airframe mechanic as this was the only opening in the engineering field, and I chose the RAF as both the RN and the Army didn’t have any openings for females in the engineering field. I spent 6 months training to be a mechanic and 4 years later another 12 months training to become a technician. I have since completed several engineering courses on various aircraft including Harrier, Tornado, Puma, Sentry E3D and Lightning F35B as well as becoming an aircraft engineering repair specialist.

Engineering Warrant Officer of a Flying Squadron
I am responsible for all the standards and practices on the squadron & the welfare & professional needs of around 150 personnel. I check all the work and have the authority to sign off aircraft as serviceable and make sure that any defects are correctly maintained. 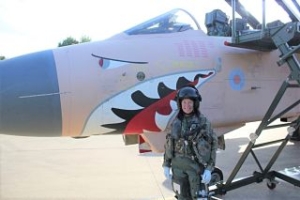 Time to take the Tornado GR4 for a spin. (2017) The painting on the side commemorates the Gulf War. (Image courtesy of Ali Fisher)

I am hoping that this will pave the way for other female engineers to strive for the same and it also shows there is no discrimination for females in this environment.

I am a black belt in Taekwon-Do and compete nationally, and I am also a Level 2 Boxing Coach. 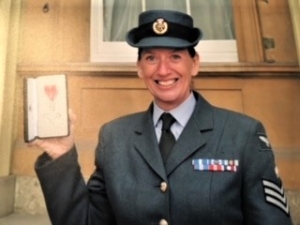 Amelia Earhart and AMY JOHNSON as pioneers of females in the aviation world. More so Amy Johnson, as she was the first woman in the world to qualify as an aircraft engineer and was an ATA pilot during the Second World War.